It's a League Game

Share All sharing options for: It's a League Game 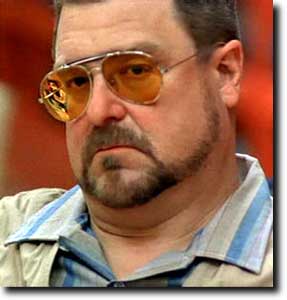 You Are Entering a World of Pain.

I love the SEC.  I really do.  And as much as I grouse about teams like Auburn and wish ill upon teams like Florida, this place just wouldn't be nearly as fun without them.  It is like that really annoying Sports Reporters guy said, it seems like every week in the SEC there is some really important game that is played with great intensity and that goes down to the final moments.  It's like there's a Super Bowl every week, if every Super Bowl was as good as the Giants vs. Patriots last year.

This week, it looks like the Super Bowl of the SEC will be our game: LSU @ Florida.  But it could also be Tennessee @ Georgia, as a Tennessee win (if they could pull it off) would go a long way towards changing the dynamics of the East.  Heck, a Tennessee win coupled with an LSU win and a South Carolina win would put Tennessee into a 5-way tie for for 2nd in the SEC East (in the loss column).

Not that I think Tennessee will win, but it would be of monumental importance if they did.

The point is, though, that it gets a lot more intense in conference play.  Just like Walter Sobchak thought it appropriate to pull a gun in order to enforce the rules during league play at his local bowling lane, things get a little jacked up when two SEC teams line up.

I am referring of course to the now-infamous comments by Ricky Jean-Francois about taking Tim Tebow out of the game.  However he meant it, and whatever its impact, it is ironic that the rumor going around now is that Jean-Francois will not be playing in this game due to injury sustained against Mississippi State.

I'm not sure I believe it, because he himself said he could have returned during the Mississippi State game.  But we shall see.

I'm getting charged up for this week, and frankly it's been difficult to get through the week with this game in mind.  This is one of those games that will be sheer agony until it's over, at which point there will be either relief mixed with elation or pure despair.  I can't wait.

There is a great history of classic games in this series, dating back to 1997, one of the biggest wins of the Dinardo era:

Then there was the 2004 game that put another nail in the coffin of Ron Zook.  Sadly, only the final touchdown of that classic game is available on YouTube:

And of course, the 2007 game, with the five 4th down conversions: