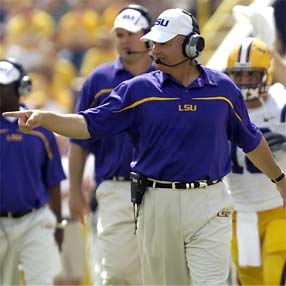 We haven't had enough pictures this week.

OK, let's get some things out of the way.  Arkansas is not a very good team, and unless we have given up on the season we should beat them.  Arkansas ranks below us statistically in scoring offense, scoring defense (where they are last in the conference by a wide margin), total offense, total defense (once again, last in the SEC by a wide margin), rushing offense, rushing defense (last... wide margin), passing efficiency defense, punt return average, punting, kickoff coverage, field goal percentage, sacks, sacks against, first downs per game, opponent first downs (last), opponents' 3rd down conversion percentage, penalty yards per game, turnover margin (and it takes some doing to be worse than us in turnover margin), and red zone offense.

What's more, they've gotten worse as the season progresses, because Michael Smith has been much less effective at running back.  Michael Smith was a monster in mid-season, but an injury and/or overuse have limited his performance of late.  He's a little guy, and may not have been able to take the punishment that 25 or so touches a game was giving him.  His less effective play is a big reason they've lost 4 of their last 5 after starting the season 3-3.

OK, so it's not like we have them in check mate at the start of the game.  They pass well.  We defend the pass pitifully.  But looking at it a little more closely, it's not like they pass well exactly.  They just pass a lot, and the cumulative statistics build up.  They are 5th in the conference in pass efficiency.

Their woes in pass efficiency come from throwing a lot of interceptions.  Of course, we never intercept the ball.  It will be weakness vs. weakness in that respect.  If we pick off a couple passes, we win that battle.

Of course, the big news for us, if you've been paying attention, is that Jordan Jefferson will be starting the game at quarterback.  He will be the first LSU true freshman to start at quarterback since Herb Tyler in 1995.  He's also the first true freshman to play at quarterback since, I think, Herb Tyler in 1995.  I don't expect fireworks, but if he can just do a handful of things efficiently and take some heat off of Charles Scott and Keiland Williams, the offense should hum against this pitiful Razorback defense.

If we win this one, I think we're in the Peach Bowl, and maybe we could sneak back into the Cotton if MSU beats Ole Miss.  We shall see.