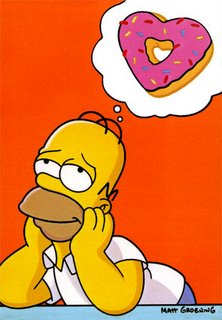 This image comes up when you google "Terrence Cody".

Yesterday, we went over how the Nick Saban thing affects LSU fans, and why that relationship is so complicated.  "Complicated" is the key word.  I don't know a single LSU fan who has pure hatred for Nick Saban.  It's not so black and white.  Many have a love-hate relationship, and you can imagine which direction the pendulum is swinging this particular week.

Anyway, let's discuss why Alabama has had such a surprising season.  Personally, I thought Bama was the 4th best team in the division at the start of the season, behind LSU, Auburn, and Ole Miss.  Obviously, that has turned out incorrect, but let's look for things that we missed when looking at them.

I think that covers the high points.  It's certainly not all there is to it.

As for the matchup, there are reasons to like it and reasons not to like it if you're LSU.  First, I don't really think Bama is well-positioned to take advantage of our breakdowns in coverage.  They don't have the multitude of weapons that Florida and Georgia were able to throw at us, and that more than anything led to serious problems for us.  Bama will probably keep us in our base defense a lot, by running the ball.

Our defense, also, is built to stop the power running game.  Sure, Knowshon Moreno killed us, but that's really the only time anyone has been able to use that style against us, and Georgia did it with a pass-first mentality that set up the run.  Alabama will try a run-first approach, and we are well-suited to be successful against that.

On the other hand, Bama's rushing defense promises to vex us.  We run the ball very effectively, and this may be the matchup of the game.  If we can average 4 or 5 yards per rush (excluding the outliers), we will probably win the game.  If Bama holds us to their average of 2.6 yards per attempt, it will be very very difficult for us.  If we're forced to abandon the rush, Alabama has the playmakers on defense to do what Auburn, Florida, Georgia (x2), and Tulane have done to us.

If we can run effectively, and stick to the playaction pass, we could have a really good night on offense.  If we can contain the power running game and force Alabama to pass, they may not have the receivers to really take advantage of our weaknesses there.

There are a lot of ifs there, but honestly I think this game will come down to the teams' relative energy levels.  Bama has beaten some good teams this year by overwhelming them early with a high energy level.  If we can match that, things will be OK for us.  If we can't, they could do to us what they did to Clemson and Georgia.

Anyway, this was perhaps a disjointed and incomplete analysis.  You should blame Little Miss ATVS, who decided to wake up much earlier than usual and be a big distraction.