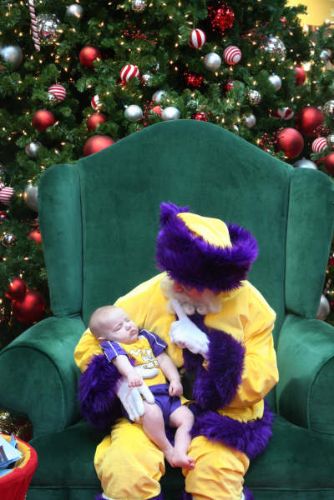 Cute picture, but that baby appears to be sleeping.  Is there any reason to tell him to hush?  Is he snoring?

News is slow around the holidays, and so is my motivation for putting together elaborate posts.  We just returned from our holiday travels to Louisiana (and boy are my arms tired).  Right now I'm just going to go through a bit of a roundup.