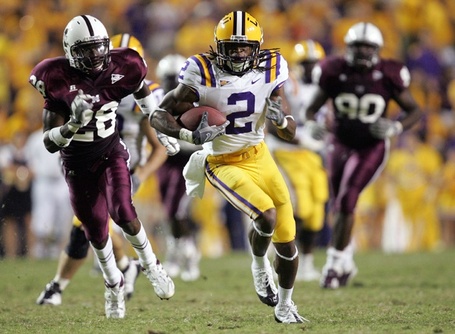 Demetrius Byrd didn't seem to get in the game much, but when he did he made the most of his opportunity.

It turns out that I was incorrect about Charles Alexander not coming back into the game.  He apparently came back into the game in goal line situations.  This would suggest that he will be healthy enough to play a full game in two weeks.  Ricky Jean-Francois apparently could have come back in but chose to save himself for marriage..  I mean, save himself for Florida.

This mean that with Andrew Hatch being healthy enough to have been the emergency quarterback last night, we should be at full strength heading into the Swamp in two weeks.  The only question is Beckwith.  The Florida game will mark 4 weeks from the day that Beckwith injured his knee, and this has been the target return date all along.

Jacob Cutrera has been a fine replacement, but he's not Darry Beckwith.  We need to go into this game at full strength to give ourselves the best chance to win.

Going into the Florida game, the surprising things are how strong our offense is, and how much our defense has struggled.  Mississippi State and North Texas exploited the holes in our coverages, which are short controlled passes in front of coverage or against linebackers.  Auburn never really tried to do that, instead exploiting breakdowns in coverage on deep routes. 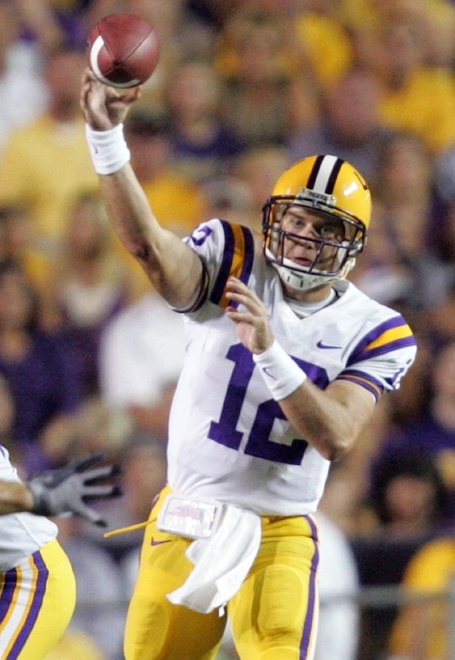 The good news is that Jarrett Lee has emerged as a very good quarterback in the last six quarters of action.  If he continues to play like this, he's not only a good quarterback, he's one of the best in the league.  For a team that had great players all over the offense but with a serious question at quarterback, that would be outstanding, and would open up our offense to allow our playmakers on the outside to really shine.

It's hard to say where this team is heading into a bye week before the matchup with Florida.  Are we a great team that has found the missing piece to the puzzle?  Are we a team with a suspect defensive secondary and a lack of pass rush from the front 4?  Are we better than those teams that lost?  Or have we just not had our bad game yet?

Are we the only team to give up a lot of yards to Auburn just because Auburn was charged up for that game?  Or is our pass defense really that bad?  After all, it's given up yards to North Texas, Auburn, and now Mississippi State, three teams that haven't exactly lit the world on fire.

Or are we just getting everyone's best shot?

Animated drive chart below the cut.