The title refers to the officiating in yesterday's 65-59 loss on the road to the Alabama Crimson Tide basketball team.  First, the general:  Alabama attempted 35 free throws.  LSU attempted 10.  It was a physical game on both sides, and I will definitely say we out-fouled Alabama, but 35-10?  That's insane.  Alex Farrar fouled out in only 7 minutes of play.  Tasmin Mitchell and Garrett Temple both mised significant time in the game due to foul trouble.

With a couple minutes to play, and with LSU in possession of the ball down by 2 points, Bo Spencer passed the ball to Marcus Thornton near the top of the key.  Alabama guard Senario Hillman pulled a knife out of his jersey and slashed at Thornton's face, then punched him in the chest.  When Thornton went down bleeding and out of breath, Hillman proceeded to kick him in his knees.  No foul was called.

Hillman got the ball and went down the court for an easy layup.  Bo Spencer caused a disturbance in the air around Hillman as he went to the rim and was called for a foul, giving Hillman an opportunity for a 3-point-play.  He missed the free throw, but the damage was done.

OK, I'm exaggerating a little.  No weapons were drawn or punches or kicks thrown.  While it wasn't an assault or a dirty play, it was clearly a foul.  It's the sort of play that is perfectly legal in hockey, but not in basketball.  I'm not questioning Hillman's moral compass or anything.  I'm just saying the play needed to be called a foul, because it was a foul. 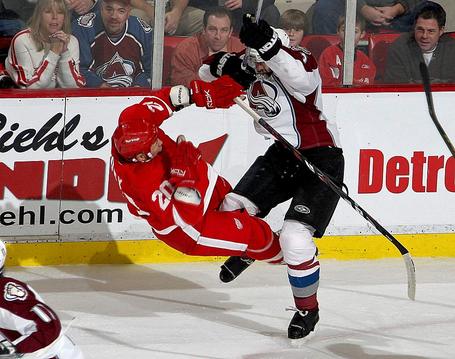 That's about how it was.

It was a huge play in the game.  Hillman clearly committed a foul that went uncalled.  Thornton, a pretty good free throw shooter, would have gone to the line to shoot 1+1.  Instead, Bama got a run-out layup.  A possible 4-point swing in a very close game going down the stretch, all caused by a VERY bad no-call.  If you watched the game, and how it seemed to stay at a 4-point deficit the rest of the way, you can see how those 4 points (or 3 points, or whatever) would have been crucial.

I'm not saying we played well.  We certainly did not.  I'm not sure we got the ball into the low post at all in the first half.  We played a soft perimeter offensive game early, and we were never able to rebound effectively.  We committed a lot of turnovers and continued to be plagued by poor interior defense until Chris Johnson picked up his game in the second half (best I've seen him play all year, btw).

All in all it was a sluggish game that was not very entertaining.  We didn't play well, but I think we played well enough that we could have won, and it would have been a big win.