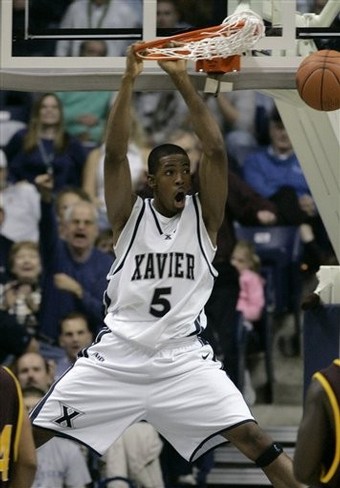 After doing a little research, Xavier looks like an interesting team.  They're in the A-10 with St. Joseph's, Temple, Dayton, George Washington, and some other semi-storied programs.  They're ranked.

As a team, Xavier is very long.  Of their top 6 guys in terms of minutes played, only one is below 6'5".  They also have pretty solid big players as Jason Love goes 6'9" and 255 pounds.  He's a minor offensive threat at 7.3 points per game, but he's just the kind of big, strong player who can give our interior defense fits.  Their length at guard will be especially difficult for LSU to match up against.  Their point guard is 6'5" and their biggest scoring threat is 6'6" Derrick Brown, who shoots almost 50% from 3-point-range.

Like Mississippi State, they don't really ride their horses all that much.  No one on the team averages 30 minutes per game, and they run a 9 player rotation.  Since this is a non-conference game, we can expect they won't deviate from that plan no matter what is happening on the court.  If you aren't going to wear yourself out in conference play, why do it in a glorified scrimmage?

But that's right, this isn't a glorified scrimmage.  In basketball, conference play means virtually nothing.  This might, ultimately, be a more important contest for LSU than any of our conference games, as this is a ranked team.  None of the conference teams are ranked right now (though Kentucky probably will be soon).  A win over a ranked Xavier team means more for getting into the tourney than a win over an unranked MIssissippi State team.  And as we all know, the only thing that matters about the regular season is how it gets you to the post season.

But I digress.  Anyway, this looks like a pretty tough matchup for LSU, even though just looking at Xavier's schedule it's hard for this basketball novice to pick out any really good wins they've had.  They've beaten a lot of not-very-good-teams from bigger conferences, such as Auburn, Virginia, and Virginia Tech.  Who knows?  Maybe Virginia and Virginia Tech are good teams?  Who am I to say?

Well, now that I look at it, Virginia Tech beat Wake Forest, and they're really good, right?  Correction noted.  Like I said, I'm not a basketball guy.

This game will, of course, be televised on ESPN2 @ 7:00pm Central on Saturday. 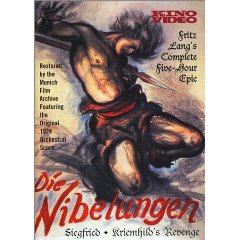 Also on Saturday, Mrs. ATVS will be going with Little Miss ATVS and members of Mrs. ATVS's family to the Bama vs. Kentucky matchup here in Tuscaloosa.  That means that I will have the house to myself for several hours.  After much contemplation, I have decided that I will spend my precious free time on that day watching my DVD of Die Nibelungen.  This 1924 silent classic from Germany retells the story of the hero Siegfried, his rise and his betrayal at the hands of those jealous of him.  It's one of three genuine masterpieces of cinema from Fritz Lang, the others being the 1927 silent sci-fi classic Metropolis and the 1931 serial killer drama M.

I think at least one of these movies will eventually be a part of The Great Media series.