Earlier this week, I told you that the Florida game hardly matters. I believe that to be true, assuming Tim Tebow does not play. Rumors are swirling, however, that he may play, fueled in no small part by the fact that he's been spotted at practice in pads. If Tebow plays, the game matters. Let me explain.

Did you know that Tim Tebow used to be a miner and he went head-to-head with a machine in a steel-driving contest? He beat the machine, but unlike in a certain similar legend, the effort did not kill him. It just made him hungry and he ate the machine.

Anyway, no one wants a legend to be built against them. If Tim Tebow plays, then the game means something. It will mean that it will be LSU trying to stave off the Legend of Tim Tebow. The LSU Tigers, in particular the LSU defense, will have intense motivation to prevent this from becoming the famous "Tim Tebow returns early from a concussion and leads his team to a big victory over a Top 5 team" game that is remembered for generations.

Anyway, after the jump I will give further thoughts in pictorial form. 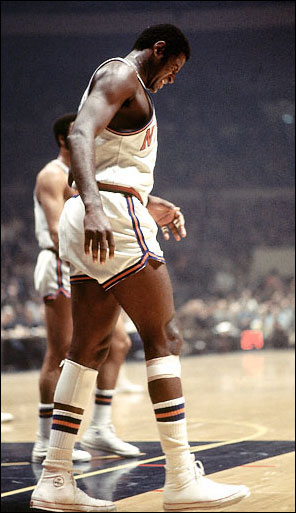 Did someone say something about legends? Willis Reed returned from an ankle injury to play in a playoff game. He was only on the court for a few minutes, but the legend lives on. 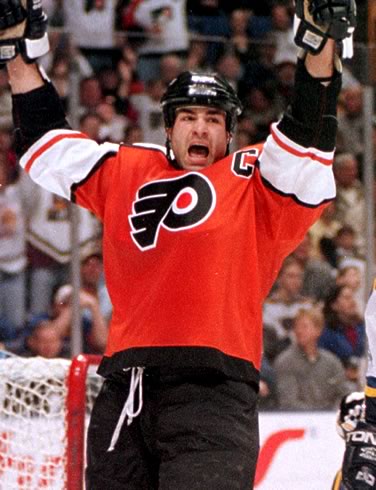 But there are counterexamples. Eric Lindros was supposed to be the next great hockey player. He was the subject of a bidding war when he told the press he would refuse to play for the Quebec Nordiques, who held the first pick in the 1991 draft, and demanded a trade. He ended up with Philadelphia, where he was a superstar player early in his career, well on his way to legendary status. He was big, strong, skilled, and the meanest SOB in the league. Other teams feared going against him. He won league MVP in 1995 and led his team to the Stanley Cup Finals in 1997.

Then in 1998 he suffered his first concussion. Several more followed quickly on the heels of that one, and in one occasion he came back way too early from a concussion only to suffer another concussion in his first game back. In the next several years, his production steadily declined. In all, he suffered 8 concussions that have been documented. He recently retired, quietly. The man who was well on his way to being the next great hockey player never won a Stanley Cup and is now only debatably a candidate for the hockey Hall of Fame, and only because of how his career went before his concussions started piling up.

The good thing is that, in part because of the example of Eric Lindros, concussions are taken much more seriously these days. Lindros had the misfortune of having a general manager who thought that Lindros's propensity for concussions and unwillingness to play through them was just because he was insufficiently tough. If only he tried harder, he could do it, Flyers GM Bobby Clarke thought. Clarke prided himself on being a man's man, a former NHL tough guy himself, he reportedly considered a concussion to be little more than a bad headache. Bobby Clarke applied the pressure to Lindros and it damaged his career, both of their careers really. I don't think anyone thinks of Bobby Clarke the same way anymore either.

What does all this mean for Tim Tebow? It means you do not screw around with a concussion. Fortunately, I don't think Urban Meyer is Bobby Clarke, but I know Tebow is the kind of guy who will want to rush his way back, to be Willis Reed.

LSU is going to do its best to make sure he is not Willis Reed. Not that they want him to be Eric Lindros, but everyone who steps onto a football field and plays a snap takes a chance on being hit very hard and being hurt very badly. I hope no one actually tries to injure anyone, but the risk of injury is pervasive through the game. Any time the ball is put in play, there will be violent collisions between the players. It is a fact of the football life. No one is going to take it easy on anyone.

If Tebow comes back for the LSU game, the stakes go up, not because of any impact in the standings, but because everyone will know they're playing in a special game: the Tim Tebow Returns Really Quickly From a Concussion game. Personally, I hope that game does not happen, at least not this Saturday, but I sure will be hoping that LSU spoils the party if it does.