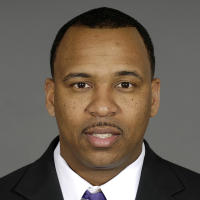 Talk about waiting for one of the most distracting moments in Louisiana football history to drop the bad news. AD Alleva has confirmed an ongoing investigation into recruiting violations by an asst. coach involving a player who has yet to reach the field. And an anonymous source tells Blum at the Advoc it's WR Asst. D.J. McCarthy . Best guess is that it has to do with the DeAngelo Benton-Rueben Randle situation  (Edit: As Ianoka pointed out below, Randle has played this year, so it might be Hicks?) More as it develops in the morning.