Riders on the Storm

Share All sharing options for: Riders on the Storm 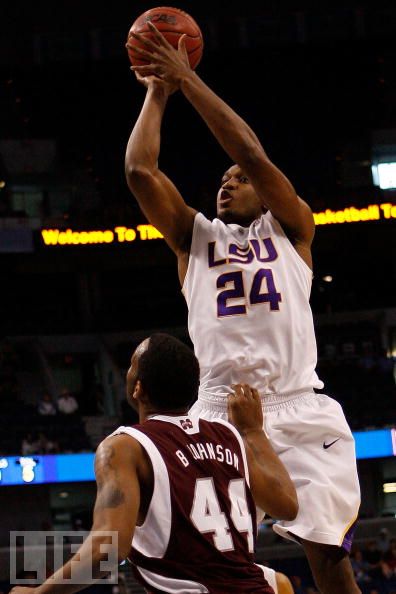 Storm Warren is second in the NATION in offensive rebounds.

I don't care if it's early in the season.  STORM WARREN IS A MONSTER.

But he's not getting enough help.

LSU has 3 players in the SEC's top 15 scorers (Spencer #8, Warren #9, Mitchell #15), but despite their best efforts, our offense remains in the cellar.

It's discouraging when we watch our young team struggle while Kentucky's young team (I believe they have 3 freshmen in their starting 5) looks damned impressive.

But Kentucky's freshmen arrived in Lexington NBA-ready, and many of them are NBA-bound at the end of this season.  Our freshman, like Storm Warren last year, came with "some assembly required".  The hard part for us is that we have to wait.