Share All sharing options for: Jakhari Gore commits to LSU 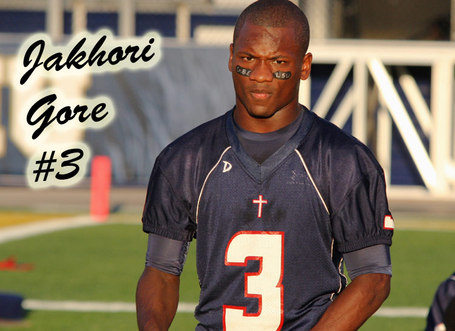 Jakhari Gore is a four-star running back from Miami, Florida, and he chose LSU over offers from Alabama, Auburn, California and Tennessee.  Impressive work by both Don Yanowsky, whose efforts in Florida have paid off, and new RB coach Frank Wilson.

Jakhari Gore is the cousin of San Francisco 49ers running back Frank Gore.