It took me a day to come to terms with the weekend series, so sorry for delaying the post-mortem.  Let's first just say that in baseball, anything can happen.  Even the best teams lose to teams they should beat, and you probably shouldn't read too much into when the little guy reaches up and beats the juggernaut.

Or, at least that's what I'm telling myself.

LSU looked bad.  Well, except on Saturday, when they looked like an unstoppable offensive force.  Three grand slams in one day?  That has to be some sort of record!  Oh, it is.  But let's talk about the losses instead.

On Friday, it was a classic pitcher's duel, only Illinois got a ninth inning home run off of Coleman to win 3-1.  What did we learn?  Well, Ranaudo is an absolute bad ass.  He went 7 innings and struck out 12.  He allowed an unearned run in the first, though I don't give you credit for that - a run is a run - but he never let the ball out of the infield.  After that, he was downright dominant.  He only allowed five baserunners, and no extra base hits.  That's usually a recipe for a shutout.  Or at least  a win.

The LSU bats showed up, sort of.  Phil Haig scattered 8 hits over 7 innings, and he walked another 3 batters.  LSU didn't get many extra base hits, but there was a homer, and 8 hits is still a lot.  So how did LSU only score one run, if they had a baserunner virtually every inning?

Well, simple.  Because the baserunning was downright terrible.  Look, I hate small ball.  Especially in college, which is a high run environment.  Playing for one run is stupid when the game is usually won by who has the most crooked numbers.  But LSU insisted on running, despite getting gunned down at an absurd rate.  LSU was 0 for 3 trying to steal, but it seemed worse.  They were hyper agressive trying to steal, but timid trying to advance from 1st to 3rd on signles to right field.  Which is simply bass ackwards.

Also, two of the three caught stealings were at third base, so the runner was already in scoring position.  It was just being greedy, and the runner was out by an absurd margin.  Dean was thrown out at 2nd on a stike 'em out- throw 'em out double play with Schimpf stealing third.  Dean should never be running against a catcher with an semblance of a throwing arm, especially with the heart of the order coming out.  Great job, taking the bat out of the hands of the best hitters WHEN THE RUNNER WAS ALREADY IN SCORING POSITION.  But that wasn't even the worst play.  The line score doesn't do it justice:

Let's set the scene.  Ochinko has just doubled and runners are on 2nd and 3rd with one out.  Helenihi steps up and nubs the ball back to the pitcher.  For some reason, LeMahieu was running on contact and was out by about a mile.  So he turned around and created a rundown situation, which was a head's up play after an absolute boner of a decision.  Ochinko ran to third and then suddenly turned around and ran back to second.  The shortstop was so surprised he seemed to half-heartedly chase Ochinko and then refused to tag him.  So, now runners are on 1st and and 2nd with two outs.  It was perhaps the worst display of baserunning I have witnessed in some time, and let's face it, LSU had some pretty horrific errors last season on the basepaths.

This was about the time I started drinking heavily.  I must have been drunk, because in the ninth inning, down by two runs, I remember Mainieiri didn't pinch hit for the slap hitting McGhee with Chad Jones sitting on his bench and down by two runs.  Like I said, I must have been drunk, because there's no way that actually happened.  Oh wait... it did?!  Was Mainieiri drunk as well?

Sunday's 6-2 defeat didn't have nearly the epic blunders, it was just a frustrated team that couldn't hit.  The hitters pressed as they got more and more frustrated with the Illinois pitching and as the team fell behind, they just pressed worse.  It was a painful game to watch.

What did we learn?

Our baserunning sucks.  When we get down, the team presses.  Which is the downside of killing teams early.  I'm not too worried, as this is basically the same team that had so many rallies last season.  We'll get the swagger back.  No, the thing I'm concerned about is that Illinois' pitchers showed how you beat LSU hitting: offspeed pitches.  LSU kills even good fastball pitchers.  They are like Major Leaguers that way, it doesn't matter how hard you throw it, if you throw it straight, they'll catch up.  But Haig and Resser, especially, handcuffed the Tigers by throwing a steady diet of changeups and curves.  And we lacked patience at the plate.  The Tigers were consistently ahead of the pitch and just looked terrible at the plate.

My solution?  Well, I think it was just a bad weekend.  And most coaches won't be willing to throw their starter out there for 133 pitches like Resser did.  And we still showed we can torch a bullpen.  So don't panic.  But this week did call for some heavy drinking.  Drink plenty of water, shake of the angover, and get ready for SEC play this weekend.

SLU's next.  Know what that means? 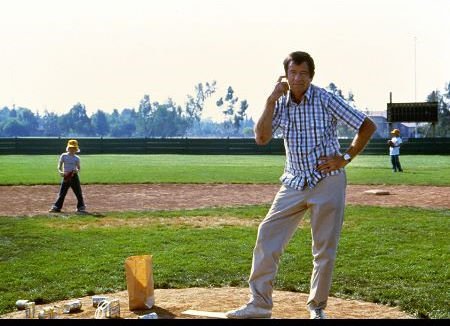 BAD NEWS FOR THE LIONS!