Share All sharing options for: Spring Football: The Quarterbacks

Of course, we all know that quarterback is the most visible position on the field, and last season it was very visible for LSU.  It was unsightly, in fact.  Rising sophomore Jarrett Lee took a lot of blame for that, and some of it was deserved, but not all of it. 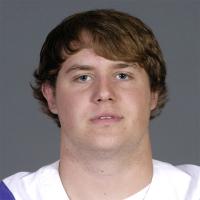 Of course, Lee was thrust into a position for which he was not ready and did not expect to be needed, but an accident of fate made him our primary quarterback in 2008.  Ryan Perrilloux went and got himself kicked off the team, and we did not have any other experienced scholarship quarterback on the team other than Lee and Andrew Hatch, whose talent could be charitably described as "underwhelming" even if he was a pretty tough customer.

We all know what happened with Lee.  There were some nice highs and some ghastly lows.  I maintain that if Hatch had not gotten hurt, the quarterback situation would have been better last year, as Hatch seemed to make Lee play better, and he also gave us a good tough running option to take heat off of Lee.

Hatch is gone for good now, and Lee has a long road back to get the starter's job, or just to get his team back.  Lee showed a lot of toughness in dealing with adversity, but you could tell by the end of the season that it only went so far.  His body language and sideline demeanor had changed from that of a confident kid to someone who had been beaten down mentally.

Strangely, except for the interceptions, his statistics were actually pretty good on the year.  He completed over 50% of his passes and threw for almost 7.0 yards per pass attempt.  With Lee throwing to him most of the year, Brandon Lafell became one of the most productive receivers in the SEC. Lee showed no mobility whatsoever, though, and some throws just weren't in his repertoire (strangely, he seemed to be at his worst when throwing screen passes to running backs).  Those limitations pretty much mean he can't be our primary quarterback except on an as-needed basis, even if he cuts down the mistakes. 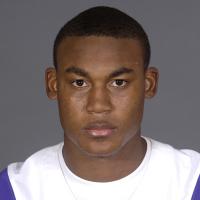 Eventually, the Lee situation became intolerable, especially after he injured himself against Ole Miss.  True freshman Jordan Jefferson got his chance.  He did some nice things.  He was particularly effective running the ball with 49 attempts for 134 yards and 1 touchdown, and completed 49% of his passes for 5.74 yards per attempt with 4 touchdowns and 1 interception.

You like that he took care of the ball, but other than that the statistics aren't really that great.  His final game, the Peach Bowl against Georgia Tech, definitely was very encouraging, as he went 16 for 25 for 142 yards and a touchdown.  But still, that's less than 6 yards per pass attempt.  That's significantly less than Jarrett Lee averaged on the year.

The point is that while Jordan Jefferson showed great promise, he's still just a young quarterback learning and growing.  He has a heck of an arm, and he can run, but his accuracy and decision making are still works in progress.  Back in July of 2008, I said "No quarterback on LSU's roster has a better physical skill set than Jordan Jefferson."    It was true then, and it may be true now, but quarterback has a very long learning curve, and lots of quarterbacks have a tough time negotiating it.

A lot of people are penciling Jefferson in as the starter, and that may be a safe bet.  The political situation around the team may make it impossible for Jarrett Lee to begin the 2009 season as the starter, regardless of what happens in practices.  The fans might revolt.  And that's too bad for Jarrett Lee.  If he has a future as quarterback at LSU, he will have a long way to go to get to it.

Which brings us to: 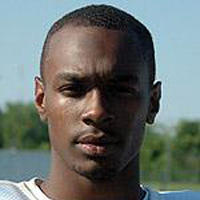 Russell Shepard is the first of the incoming freshmen we are looking at who is actually available for Spring Practice, and I think you can expect to see him getting involved in the action.

As a quarterback, Shepard may not have the arm that Jordan Jefferson has, but he compares favorably to former West Virginia quarterback Pat White.  He's actually more highly regarded both as a passer and as a runner than White was at the same stage of his career.  I think we're going to see a package implemented for him so that he can contribute to this team as a runner immediately.  A package that looks a bit like this:

I don't know if Shepard's future is at quarterback for this team, but that future is not going to be long in coming.

Also on hand will be fellow incoming freshman Chris Garrett, who I think figures to redshirt if he can, and then have a couple of years to compete as the starter when Jordan Jefferson leaves.

That's it for the position previews for now.  For the next couple days we'll be focusing on basketball and probably a bit of baseball as well.  We'll pick up the football previews again next week.