Share All sharing options for: Spring Football: The Linebackers

One of the more interesting stories to come out so far this offseason for LSU is this Q&A with new LSU defensive coordinator/linebacker coach John Chavis.  Surprisingly, this gem of an article was brought to us by none other than Glenn Guilbeau, who everyone generally finds to be irritating.  See this article too.

There are a lot of good quotes in that piece on Chavis, but for right now, let's stick with this one:

Q: HEAD COACH LES MILES WAS TALKING ABOUT NOT WANTING TO SUBSTITUTE AS MUCH THIS SEASON BECAUSE MAYBE HIS DEFENSIVE COACHES DID THAT TOO MUCH LAST YEAR. DID YOU SUB A LOT AT TENNESSEE?

CHAVIS: "We basically had two packages that we worked a lot — our base package and our dime package, where we put six defensive backs in."

Q: YOU HAD NO SEPARATE NICKEL (FIVE DEFENSIVE BACKS FOR PASS SITUATIONS)?

Q: SO, WOULD YOU SAY YOUR OUTSIDE BACKERS HAVE TENDED TO BE MORE COMPLETE LINEBACKERS?

CHAVIS: "You look at guys that are getting drafted today by the folks in the NFL. They want guys that can play three downs. They don't want a first-down linebacker. It's hard for that guy to go on. Well, it makes sense because we're playing the same style as the NFL. We're playing offenses that are very, very similar, so we need guys out there who are going to be every-down guys also. And that's what we're looking for. It doesn't have to be a safety. There's been plenty of guys we recruited as linebackers and played for us as linebackers, and they went on. The focus — and not that there hadn't been one here — in terms of those guys will be speed."

So, Chavis's base defense is essentially a 5-defensive back alignment with a converted safety moved to linebacker, with that safety/linebacker hybrid expected to play a key role in coverage against 3-wide sets.  And the whole thing emphasizes speed.  Interesting.

There's a couple problems with this at LSU.  First, the set of linebackers that are the apparent favorites to be the starting 3 can't do that particular job. 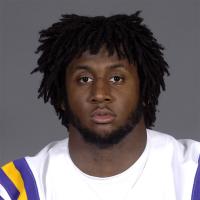 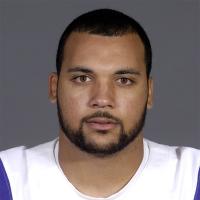 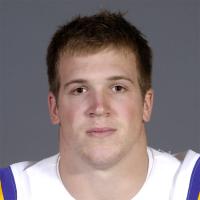 Right now, it looks like seniors Jacob Cutrera and Perry Riley, along with junior Kelvin Sheppard are tops on the depth chart at middle, strong, and weakside linebacker respectively.  None of those guys are particularly speedy, even for linebackers.  The idea that one of them might be asked to cover, say, AJ Green in single coverage is absolutely frightening.

This means that Chavis could be looking to move a safety into a linebacker spot.  That brings up the other problem.  Our safeties were pitiful in coverage too last year.  Seriously, we've tried using Danny McCray as our nickel back.  We've tried it for two years, and it was a heavy contributor to getting our defensive coaching staff fired.  The guy is just out of his depth trying to cover wide receivers by himself.  Why would he do any better as a "linebacker" asked to cover receivers?

As a group, our safeties were insufficiently athletic last year with the exception of Chad Jones.  Putting Chad Jones on the field every play in a free safety position is a big improvement in scheme, and I'm certainly open to having Harry Coleman or Danny McCray move to linebacker and get a little more speed into that position, but not if it means that linebacker is our de facto nickel back, covering slot receivers one on one at times.  Harry Coleman would be a disaster in that role. 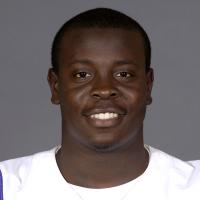 Which brings up a couple other possibilities.  Personally, I do not like our linebacker corps as constituted up above.  It is a little slow and not sufficiently athletic.  Enter Ryan Baker, who I thought was awesome when we were recruiting him, and who was awesome on special teams as a freshman last year.  He's a heat-seeking missile as a linebacker, and at 6'0" 213# he does not have the bulk to slow him down.  He might, then, have the kind of speed and athleticism to actually keep up with slot receivers some of the time.

Personally, the guy looks like a playmaker in waiting, and seems like the kind of guy we need to find ways to get on the field more anyway.  Jacob Cutrera's a good character guy, but has he done anything on the field to make anyone think he's an All-SEC calibre defender?  Ryan Baker has done things to make me think he is.  Move Cutrera out and back to his role as a depth player (which he performs admirably, by the way).  Move Sheppard or Riley into the middle, and put Baker into your OLB/nickel combo position.  Voila!  Your defense is faster, more athletic, and more apt to make big plays instantly. 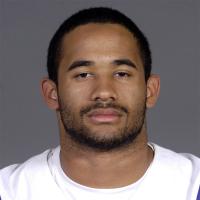 Another possibility, and this idea is a pure ATVS original, is to forget about moving a safety into the linebacker position and think even more outside the box.

If you need an outside linebacker who can cover receivers, how about converting a cornerback?  Or your combo corner/safety nickel back?  That's the theory behind the idea of converting Phelon Jones into your line-nickel-back player.  He was the backup nickel as a redshirt freshman last year, and showed promise at the position.  He's the safety/corner combo that is sometimes just perfect for nickel, because he can cover receiver and is physical enough to provide run support when needed.  Why not let him do the job full time?

Alright, this probably won't happen, though I hope they've at least thought about it.  The idea of moving a safety to linebacker is generally a sound one for many teams as a plan to get more speed on the field, but frankly our safeties were slow last year and the position was in desperate need of an overhaul.  Moving the slow safeties down to linebacker and asking them to cover wide receivers is not the answer.

OK, back to the position preview.  We know that Cutrera, Riley, and Sheppard start the Spring as starters, but how will it end, and who will the backups be?  We've talked about Ryan Baker, but there are other linebackers out there. 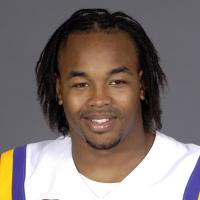 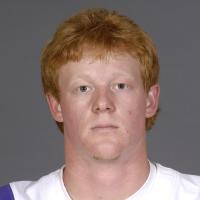 Two to watch for are Shomari Clemons and Kyle Prater.  Clemons saw limited action as a redshirt freshman last year, and there were some off-field issues as well, but the converted safety (there's that term again!) could see his stock rise with a coaching staff that puts renewed emphasis on speed.  Kyle Prater redshirted his true freshman year last year and hopes to get into the mix as a middle or strong-side linebacker this year.

Senior walk-on Ace Foyil returns to provide depth at the linebacker position.  Redshirt freshman Kellen Theriot has an injured shoulder and won't see action in the Spring, and may see a position change when he returns anyway. 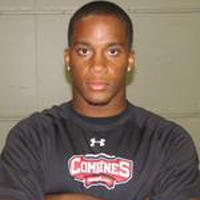 This is also another position where a true freshman is on campus early to get a head start.  Kevin Minter out of Suwanee, Georgia is a very promising player.  I think he was greatly underrated as a 3-star during the recruiting season and I think it's entirely possible he'll be a factor this year, especially if the coaching staff decides not to shuffle Riley or Sheppard into the middle, as that is where Minter is most natural.  He's got a great future, I think, and it might come sooner rather than later.