Spring Preview: The Secondary, Part 2: Who Else Wants to Play?

Share All sharing options for: Spring Preview: The Secondary, Part 2: Who Else Wants to Play?

Yesterday, we talked about Chad Jones and Patrick Peterson, who we at ATVS (the royal "we") expect to make up the nucleus of the Tigers' starting secondary.  Now, we talk about the other players who want to be in that starting group.

From left to right we have junior cornerback Jai Eugene, senior cornerback Chris Hawkins, senior strong safety Harry Coleman, and senior safety Danny McCray.  Hawkins and Coleman started all year last year and appear to be the odds-on favorites to start this year as well, though that is far from certain.

Chris Hawkins led the team in interceptions last year with three.  On a defense that recorded a paltry 8 interceptions the entire year, Hawkins did his legitimate share of turning the ball over.  He even scored what I think was our only defensive touchdown of the season: a fumble return for a touchdown against Tulane.  Of all our corners, he was the one who was left one-on-one with opposing receivers the most often, and he occasionally got beat, most famously on the last-minute 4th down touchdown pass by Casey Dick that gave Arkansas the winning points against us.  Hawkins played alright, but on a defense that seemed hopelessly lost quite a lot, he did not stand out as a bright spot.  While he got his interceptions, he also gave up his share of plays.  At the end of last season, he was starting opposite Patrick Peterson, but he will face a challenge from other corners to keep that spot.

I thought that Jai Eugene played pretty solidly, if unspectacularly.  He did not get an interception, but he was a willing tackler in run support, and he broke up 3 passes (as many as Patrick Peterson, but with more playing time to get them).  Eugene was a bit more physical of a corner than Chris Hawkins was.  He lost his starting job as Peterson emerged, and he is fighting to get it back, but he might have to move to a nickel- or dime-back position to get it.

Harry Coleman, surprisingly, led the team in tackles last year with 71, but he was also one of the mainstays in the safety group that struggled all season in pass coverage.  Coleman looked slow and out of position a lot.  Once again, some of my commenters are of the opinion that this is entirely a result of coaching and scheming, and I will keep an open mind on that subject, at least for now.  He will try to win back the strong safety job that is up for grabs, after he apparently lost it to Danny McCray during preparation for the bowl game.  He may end up moving to linebacker to make room for a young player to move up.

Danny McCray catches a lot of flak for his struggles in pass coverage, having spent the last two years as our nickel back, where he was asked to cover speedy wideouts one-on-one a lot, and got beat a lot.  One can hope that the new coaching staff will learn from the mistakes of the previous staff and not put him in that kind of position this year.

When McCray was used differently in the bowl game last year, when he moved to strong safety opposite Chad Jones who was getting the start at free safety, McCray played much better.  He just seemed to be in his element, and his size and strength was a benefit rather than the liability his size became when he was trying to chase Percy Harvin and A.J. Green around the field.  Put him at safety and ask him to give over the top help and run support, and he'll be fine.  Ask him to play like a corner and he'll struggle.  He could end up being our strong safety, or he could move to a linebacker position, or he could have trouble getting on the field.  It's hard to know.  The numbers at safety will make it difficult to win a job no matter who you are.

Those are the juniors and seniors who are trying to win starting jobs in this secondary.  the young players will not make it easy on them:

Coaches and commenters have been very high on Brandon Taylor (younger brother of last year's starting free safety Curtis Taylor) since his high school days.  He got some playing time as a true freshman last year, playing some dime back, recording 4 tackles and a pass breakup.  Starting cornerback Chris Hawkins missed a couple of practices earlier this Spring, and Taylor moved up into the starter role in his absence.  He appears to be the heir apparent at the position once Hawkins graduates, if he doesn't win the job outright this year.

Phelon Jones played some last year as the nickel-back, and sometimes as the dime.  He got his most playing time against North Texas and against Troy, recording 6 tackles and getting a pass breakup against UNT and 6 tackles and 2 pass breakups against Troy.  In the Troy game, he was getting playing time because of an injury to McCray.  Jones showed promise, but also struggled at times.

Derrick Bryant played mostly on special teams, finding a role as the forward return man in front of Trindon Holliday on punt returns, to either block for Trindon or to discourage directional or pooch kicks away from him.  Other than that, he didn't really play all that much and it's hard to know what's expected of him.

Ron Brooks is a sophomore who is probably getting the most press of anyone in this group right now.  Apparently the new coaches are very high on him, and so is Les Miles.  According to Les, "I think the secondary is coming along pretty nicely.  Ron Brooks  is getting an opportunity. I don’t know whether he’ll be at corner or at safety, but he’s really earned the opportunity to get a great look."  Brooks is a very athletic guy who also reportedly has a very high football IQ.  He can be trusted in a lot of situations and could adjust to a number of different roles.  He will probably be actively involved in the return game as well.

The thought of Brooks being moved to safety from cornerback brings to mind something I said in the infamous article on linebackers.  I said at the time, "If you need an outside linebacker who can cover receivers, how about converting a cornerback?  Or your combo corner/safety nickel back?  That's the theory behind the idea of converting Phelon Jones into your line-nickel-back player."

I was thinking about converting a big corner to linebacker, if the linebacker is going to have increased coverage responsibilities.  The other, perhaps more logical thing to do is to move a corner into a free safety role, then move your regular free safety to "strong safety", and consider moving your regular strong safety to linebacker.  When you go into a "nickel" alignment, you don't change personnel, but let your free safety (who is a natural corner) line up with the slot receiver, give your "strong" safety responsibilities that mirror a free safety's, and let your linebacker play more of a strong safety role, playing a nickel-like package without changing personnel or creating any major mismatches.

It appears that if a change is to be made, it will likely be moving Ron Brooks to safety.  I'm not sure how much I like the idea, as Brooks is a pretty small guy.  He's listed on LSUSports.net at 5'11" and 175#.  While he would be a valuable asset in coverage, he could create problems when trying to tackle some of the more powerful runners in the conference.  Chavis seems set on not having a true "nickel" personnel group, instead using his base grouping as a modified nickel package.  If you're going to do it that way, this seems to be the logical move. 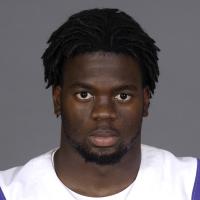 Moving along, I really wanted to highlight Karnell Hatcher.  In the post on linebackers, I mentioned that the safety position looked slow last year and appeared to be in need of an overhaul.  A number of people disagreed with me, and that's fine.  I don't claim to have a monopoly on insight into the football program.  Some said it was all about coaching and scheming.

In response to the "it was the coaching" argument, I present Karnell Hatcher as Exhibit A.  He was the primary backup to Curtis Taylor at the free safety position last year, and I thought he was excellent whenever he got into the game.  In particular, I remember watching him against Georgia when the game had gotten kind of out of hand.  He made a hard, sure, confident open-field tackle on Knowshon Moreno to stop what could have been a big play, which is no easy feat for a true freshman to do.  He closed on Moreno, who had broken through the line, and put him on the ground without difficulty.  When I saw that, I said to myself, "I haven't seen Curtis Taylor or Harry Coleman do that in two years."  The kid can play, which surprised me a lot, as I had said of him before the season, "I wouldn't expect Hatcher to play as a freshman, unless he really makes himself invaluable as a special teams player.  I think one way or another Hatcher is going to be an excellent special teams player one day, and he has a real shot at being the heir apparent at strong safety when Harry Coleman leaves."

It wouldn't surprise me at all if Hatcher is our starting strong safety this year, even though he played free last year. 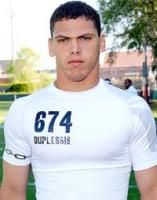 Also reporting for duty this Spring is incoming freshman Rockey Duplessis, a speedy athletic head-knocker who signed with LSU with the 2008 class but sat out the Fall Semester to get academically eligible.  I don't know what his future is, but I'd expect him to contribute pretty quickly on special teams.

And let's not forget 5-star recruit Craig Loston, who will be hard to keep off the field.