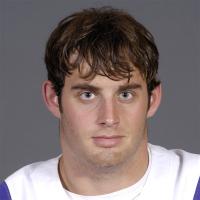 It's no question who the man is at tight end.  It's senior Richard Dickson, who has been starting since the middle of his true freshman year.  Dickson was 3rd on the team last year in receptions (31) and reception yards (324), and tied for second in touchdown catches with 4.  His productivity in 2008 was just a little less than it was in 2007, but it was also in one fewer game.  He caught at least one pass in every game except the North Texas game in 2008.

Everyone knows that Dickson is a receiving tight end, but people tend to forget his freshman season, when he started 9 games and only caught a handful of passes.  He was known as a blocking tight end at the time, and he's still a very solid blocker.  But any tight end who catches passes will automatically get a reputation as an indifferent blocker.  It's just not true for Dickson, who is a solid all-around player as a tight end.

The question at the position is what will go on behind Dickson.  We have a ton of blocking-style tight ends, but no other tight end on the roster has caught a pass.  Let's look at the depth in the position:

From left to right, we have sophomores Mitch Joseph and Alex Russian, and redshirt freshmen Tyler Edwards and Matt Branch.

Mitch Joseph is the most experience of the group, as he was the 2nd tight end last year, and had a fair bit of responsibility in blocking.  I think they threw to him a couple times, but he was never able to reel in the catch.  At 6'5" and 261#, he is only go to be so effective in running routes.

Alex Russian is primarily a long snapper, but is trying to contribute as a tight end as well.

The redshirt freshmen are also trying to find their way into the tight end rotation.  Tyler Edwards is the younger brother of former LSU tight end Eric Edwards.  He has the size to be that combo tight end that everyone looks for, and he could be versatile enough to play multiple positions, as the team is also looking for someone to play fullback. Tyler will get a look there.

Matt Branch is a pretty big tight end at 6'6" and 246#.  He is probably even heavier than that by now.  When he was being recruited, many believed he would be converted to offensive tackle, but there has been no word of that happening.  He will also be in the mix this year. 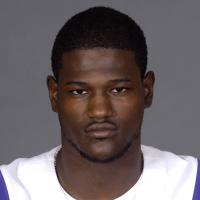 In an effort to find more playmakers in the passing game for the tight end position, and to relieve a logjam of talented young wide receivers, the coaching staff is experimenting with sophomore Deangelo Peterson, who formerly played wide receiver.  He will definitely bring great athleticism to the position, but he has a long way to go in learning how tight end technique differs from wide receiver technique, and of course he can't be a tight end if he can't learn to block.

Teams like Kentucky and Florida with Jacob Tamme and Cornelius Ingram, respectively, have shown that having a tight end with wide receiver skills can create tremendous mismatches for opposing defenses.  It will be interesting to see what comes of this experiment, but there is no guarantee the coaches will stick with it.  If Peterson is going to move permanently to tight end, I would suggest he use a redshirt year to bulk up and learn the position, as he still has his redshirt year due to playing a fair bit of special teams as a true freshman last year.

The position is a deep one for the Tigers, even though no incoming freshmen will be at the position.  The fact remains though that if Richard Dickson gets hurt, we lose a dimension of our offense, as he is the only tight end who has proven he can be an effective receiver.  He should have a big season this year, but watch for someone to emerge as the next offensive threat at tight end.