Share All sharing options for: The SEC Coaching Carousel 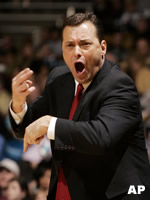 As it now appears likely that John Calipari will be the new head coach at Kentucky, it's a good time to look at the issues surrounding the coaches' carousel on the hardwood version of SEC sports.

There is much consternation over the fact that former Kentucky basketball head cocah Billy Gillespie was fired after only two years.  He was fired long before he was able to put his own team together.  In basketball, the recruiting cycle lasts for several years.  You start properly recruiting a kid when he's a freshman or a sophomore in high school and you sign him when he's a junior, so many people are concerned that only giving a coach two years is insufficient to give him a real chance.

On the other hand, word around the campfire is that Gillespie was fired last week more because he wouldn't properly gladhand boosters than because he didn't win enough.  Let me make one thing clear here; in the age of escalating coaches' salaries, accelerated timelines for success are a natural result.  If you're getting a salary roughly 60x that of the average American, I am not really going to feel sorry for you if you lose your job after two years.

But this business about big-time coaches having to do more than win has always bothered me.  The fact that Billy Gillespie would probably still be the coach at Kentucky if he'd made more speeches to the rotary club is a little off-putting.  Not only do you have to win, but you have to make the big money people feel like they're a part of it all as well.

Nevertheless, the top job in the SEC is currently open.  Make no mistake about that.  Kentucky is the top job in the SEC, even after several down years.  Basketball is to Kentucky what football is to LSU, Bama, Georgia, and Tennessee.  It's the primary focus of a rabid fanbase and a wealthy athletic department.  Kentucky fans fill their arena, and usually fill up other teams' arenas when they're on the road.  The right coach will do more for that program than Nick Saban has done for Alabama, because unlike with Bama, when Kentucky is on top of its game, there is no SEC school that is on the same level.  The right coach, and Calipari could be that coach if he brings the likes of Demarcus Cousins with him, will make Kentucky an almost instant national power.

This was not meant to be a dissertation on Kentucky.  It is meant to discuss the open jobs, but make no mistake that Kentucky's the big job.  By comparison, the open Bama job and the open Georgia job are of little value. 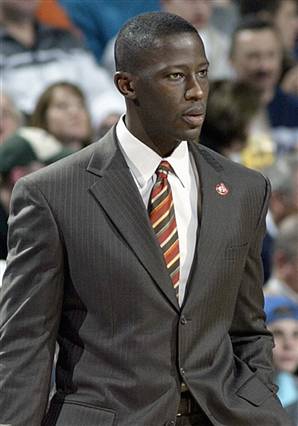 Bama has hired Anthony Grant, and I think it's a solid hire.  As a program, I think Bama is very similar to LSU.  We both have a fair bit of in-state talent, but a lot of problems keeping it from going elsewhere.  We both have a history of moderate success.  We both have problems filling an arena that is really too big for its purposes.  We both remember a time when had better programs than we do now.  Personally, I would have thought that a coach with the track record of Trent Johnson was out of our league, but we managed to get him.  The same could be true of Anthony Grant at Alabama, except that this is Grant's first major conference head coaching job.

Grant could end up being a very good hire for Alabama, or he could end up being a guy who has a career much like John Brady's or Mark Gottfried, teasing them with occasional success but showing overall mediocrity.  The question is, who is more responsible for VCU's recent success?  Anthony Grant?  Or Eric Maynor? 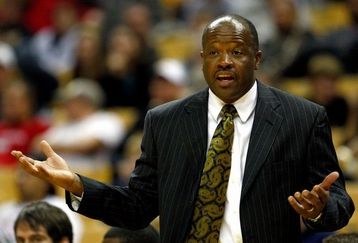 Georgia may be the worst basketball coaching job in the conference.  Georgia really has no tradition of success and it is even more firmly entrenched in football than other football powers in the conference.  Rumors are that they are going after Mizzou coach Mike Anderson, and I think he'd be a great hire, but that Mike Anderson will literally laugh in their faces if they ask about him going there.

As yourself, why would MIke Anderson go to UGA?  Why would Anderson leave a program that just went to the Elite 8, goes to tournament play regularly, gets good recruits, and plays in a not-particularly-tough Big 12 North which, outside of Kansas, really lacks any major basketball competition?  Northern Iowa?  Colorado?  Nebraska?  Why would he do that to go to a program that can't fill its gym, does not have the ear of the in-state talent, does not have the support of its administration, and goes up against three division rivals that have been national powers recently (even if they've dropped off this year)?

Georgia would be a big step down for Mike Anderson.  Then again, I thought LSU was a step down for Trent Johnson last year.  Maybe I'm way off base here, but I think UGA will have to keep looking.

I am hopeful that the SEC will be back to being a good conference soon with all these changes, but of course I don't want that if it comes at the expense of LSU.  Still, it's impossible to deny that the conference was pitiful this year.  We got only 3 tournament invites, and probably would have only gotten two if MSU hadn't snuck in with an automatic bid.  Those three teams won a combined one game.  To make matters worse, none of the NIT teams made a case for themselves either, as the SEC did not have a representative in the NIT Final Four.  It's a sad, sad testament to where the SEC was in basketball this year, and honestly it does not necessarily look like the conference will be any better next year.  Kentucky may be improved (maybe), and Ole Miss will take a step up with getting players back from injury, but no one else really looks like they are going to be any better.  LSU will likely be worse, as we are losing a ton of players to graduation.  The same can be said of South Carolina and a few other teams.