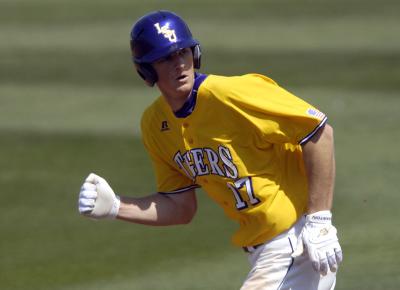 LSU faced a pretty tough challenge against Auburn, falling behind early before rallying to take the lead for the first time, 5-4, in the bottom of the 7th inning, only to give it up again in the top of the 8th, before DJ Lemahieu was able to end the game with a walk-off single that drove home Austin Nola for the winning run.

LSU's second ace pitcher, Louis Coleman, struggled early, giving up 3 runs in the second inning, including 2 home runs, and struggled through all of the first 4 frames.  He came on strong in the middle innings, recording 9 outs against 10 batters in the 5th through the 7th innings (the lone baserunner got reached on an error).  Those three strong innings gave LSU a chance to get back in it.  Trailing 4-1, LSU got two runs back in the 5th when the bottom of the order came through for two triples and a double.

In the 7th, Micah Gibbs and Jared Mitchell led off the inning with back to back homers to give the Tigers the lead.  The two hits finally chased Auburn starter Grant Dayton, who had been outstanding, but who pitched too long.  The Auburn reliever who replaced him got out of the inning without further damage.

Speaking of pitching too long, Coach Manieri's gamble in keeping Coleman in the game in the 8th inning after he had pitched over 100 did not pay off, as Coleman gave up 4 straight baserunners and two runs before Matty Ott came on to close out the inning.  Manieri's gamble the previous night in leaving Ranaudo in the game through eight paid off as Ranaudo was able to get the game to the closer without Ott needing to record 6 outs.  On Saturday afternoon, however, Manieri made the same call and it didn't work out for us.  Ott still needed to record 6 outs and we left the inning behind 6-5.

LSU plated the tying run in 8th, then retired the side in the top of the 9th, setting up the dramatic 9th inning.  Austin Nola started off the inning with a single.  Then Manieri made a call that absolutely infuriated me at the time.  He pinch hit for Mikie Mahtook with Chris McGee, then had McGee sacrifice Nola over, giving up an out for a base.

First, Mahtook's a very good hitter and I saw no need to take him out of the game at that point.  He had almost put one out of the park earlier in the game and legged out a triple on the hit.  Second, conceding an out in that situation is a terrible idea.  It's not like we were setting up a sacrifice fly situation either.  We were only trying to get Nola to second base, which would have meant we still needed a hit to drive him in.  Giving up the out just puts Auburn one out closer to the three they need to get out of the inning, with their best pitcher on the mound. 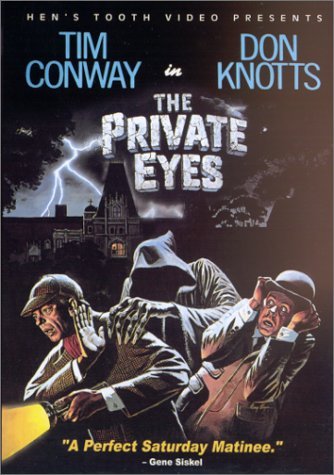 Auburn countered by intentionally walking Ryan Schimpf in an attempt to set up a double play.  Of course, intentionally walking a hitter to get to Blake Dean seems suicidal, but no harm was done as Dean struck out, bringing up Lemahieu.  DJ of course lined a single to centerfield that was deep enough for Nola to score from second to end the game.

Big win.  We take the series and we have a shot at a sweep in a game that starts at 1:00pm on Sunday.  We don't know who either team's starting pitcher will be as Austin Ross may have been demoted and SECSports does not list a presumptive starter for Auburn.