This is not a repeat from 1995 or 2002.  The NCAA will announce today that the Alabama football team will be placed on a 3 year probation stemming from a violation of textbook disbursement policy.  They will also forfeit games played between 2005-2007 that included players involved in the violation. 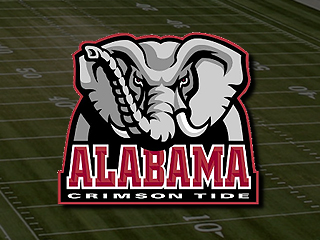 That number is at least 10 total wins, one source said. Alabama will not have to give up its 2007 win over Tennessee or its bowl win that season.

The ruling will not include fines, and loss of scholarship money.

Five football players, including starting linemen Antoine Caldwell and Marlon Davis and running back Glen Coffee, received four-game suspensions in 2007 for their involvement in arranging free textbooks for their friends. The benching occurred the night before a 41-17 blowout of the Vols.

Nick Saban whined in March that they had suffered enough after the first set of penalties were given... I wonder what he will have to say about the additional penalties that will be announced today.