How Did Richard Do?

Share All sharing options for: How Did Richard Do?

Before the Championship Series started, I exchanged a Q&A with Burnt Orange Nation, wherein I gave my thoughts on how the series might go and how each team had its advantages.  Let's see how I did:

Blake Dean and Ryan Schimpf are lefties who hit righties really well, but the real key is Jared Mitchell.  Mitchell plays every day, and there probably isn't a hitter in the CWS who is better against right handed pitching than Mitchell is.  He hits the ball hard and is a tremendous home run threat against right-handed pitching. The contrast with how he performs against lefties is striking.  Against a left-handed pitcher, Mitchell strikes out a lot, has a difficult time pulling the trigger on a swing, has a hard time finding the ball, and when he manages to hit the ball he has almost no extra-base power.  Whan a lefty is on the mound, Mitchell is the worst hitter in our lineup.  When a righthander is on the mound, he is our best. 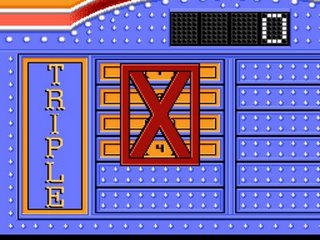 Mitchell was pretty good against right-handed pitching, but one of his two biggest hits of the series, the 2-RBI triple in Game 1, came off of the left-handed ace Austin Wood.

If Texas wins, they probably got one of their wins in the Tuesday game, when we will probably have to go with a pitcher other than Louis Coleman or Anthony Ranaudo.

As for how they beat Coleman or Ranaudo, it probably starts with defensive struggles on LSU's part.

We were outstanding defensively for the entire 1st and 3rd games, except for Austin Nola's errant throw in the 3rd game.

The other area we've probably failed in the event of a Texas win is in baserunning.  we were terrible about getting thrown out on the bases until very recently.  It seems Mainieri has taken the approach in the NCAA Tournament to just let our hitters hit rather than try to "put pressure on the defense" by being aggressive on the bases.  Being aggressive on the bases has just gotten us a ton of outs this year.  If we revert back to that kind of strategy, it wouldn't surprise me if we've given you 4 or 5 outs over the course of 3 games by trying to steal or take extra bases.

Also, while Ranaudo and Coleman have been outstanding, neither has been immune to a subpar outing.

As for your roster, I am most concerned about any left-handed power hitter.  As such, I am most concerned about Brandon Belt.  He's your best hitter, and really your only left-handed power hitter.  Louis Coleman is nasty to right handed hitters because of his 3/4 arm delivery.  But the cost is that he has a commensurately tougher time with left handers.  And while both Coleman and Ranaudo are very tough, both have given up the long ball.  Opponents have hit 16 home runs off of Coleman and 14 off of Ranaudo in about 240 innings between them.  That averages out to a home run every 8 innings.

Where to even begin?  Belt was not close to their best hitter.  He wasn't even their best left-handed hitter.  That honor goes to Russell Moldenhauer, who was 5 for 11 with 3 home runs.  Louis Coleman, nasty to right-handers, gave up 3 home runs to right-handed hitters.  Coleman and Ranaudo both gave up home runs at a much more rapid rate than they had on the season, though Ranaudo gave up only 1 in 5 1/3 innings.

In response to a question about facing adversity:

The key is playing good competition.  We've played good competition.  UVA was supposed to beat us in the first round with an ace lefty on the mound.  Rice supposedly had better pitchers than anyone we've faced this year.  Plus, every team here is good.  Or at least, they're hot.  ...

I'll give myself partial credit here.  I played up our prior competitors, but surely Texas was the best team we faced.  However, we seemed to do quite alright with adversity, thank you very much.

What did we learn here?  First, pay very little attention to me when I start telling you how things will go.  It's not like I know what's going to happen or anything.  However, I think that's part of parcel of the lesson to pay very little attention to anyone who thinks they know the future.  Sports is an unpredictable sphere of life.  The saying is, "That's why they don't play the games on paper."  You can look at matchups and stat sheets all you want and get an idea of how two teams would average out against one another, but so much of the outcome of an individual game is determined by random events timed in a certain way.  That's what makes sports so fun and exciting.  You don't know what's going to happen, and you certainly don't know HOW it's going to happen.

Third, we are awesome.