Getting Back Into Football

Share All sharing options for: Getting Back Into Football

Sorry for not posting yesterday.  The intertubes had a blowout on me and when I wanted to post, there was no posting to be done.  Anyway, here's an article for you.

Lately we have given you all things baseball, which is fine.  It's been a lot of fun watching and commenting on this team striving for and ultimately achieving a national championship.  LSU baseball is a wonderful program with wonderful fans.  Here in Tuscaloosa, despite the fact that the local team was reasonably decent (heading into the last weekend of the season, they had a shot to win the SEC West), there was almost no regular coverage of the team.  I do not think there was one Crimson Tide baseball game broadcast locally on television all year.  The local talk radio, which I listen to at times, never once mentioned the team in my hearing.  They just don't care about baseball here, and that's kind of foreign to me.

But now, baseball season is over.  We have celebrated our good fortune and discussed the future.  Now it is time to move on.  Lo and behold, the opening kickoff of the football season is a mere 2 months away.  It sounds like ages, which is the impetus for the new blog title, "An LSU sports blog currently experiencing the long dark offseason of the soul," which for those of you in the know, is an obvious reference to a novel by Douglas Adams, may he rest in satirical bliss.

About a month ago, I celebrated the fact that the football team was making almost no news.  The thought was that all news was bad news.  Any news about the football team that came out now would likely either be an injury, an arrest, or a suspension.  Wouldn't you know it, the first bit of news to come out since then was about an injury. 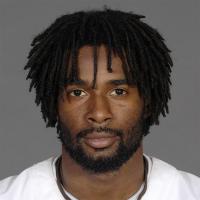 Redshirt freshman wide receiver Tim Molton tore a ligament in his knee and is lost for the season.  It's a terrible blow for a young man who had reportedly moved up the depth chart to the point where he was expected to make a significant contribution this season.  It's a significant blow to his career and to the depth in the receiver corps.  It was expected that Brandon Lafell and Terrance Toliver would be the #1 and #2 receivers on the team, but Molton was generally expected to compete for the #3 spot with veterans Chris Mitchell and R.J. Jackson and incoming freshman sensation Rueben Randle.  Now his career is on hold.  Good luck to the young man, and please come back to the team ready to go in 2010. 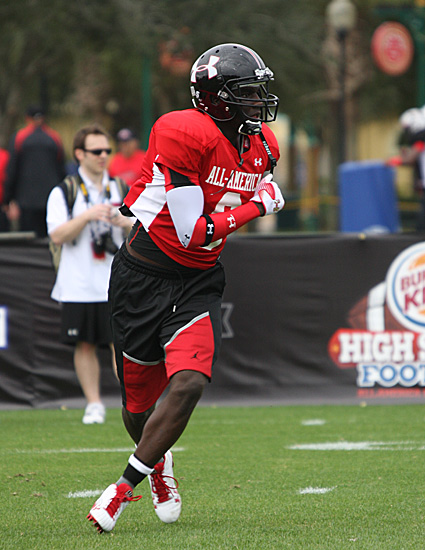 The second piece of news to come out recently came from TigerSportsDigest, in an original reporting that is well worth the subscription fee, about incoming freshman safety Craig Loston.  While we have previously said that All News Is Bad News, this piece of news was more of a good news/bad news combination.  Craig Loston, one of the crown jewels of an outstanding recruiting class, is qualified and will be enrolling in school today.  The downside is that he needs wrist surgery that will keep him sidelined until October.  A true freshman who can't practice with the team or even workout until October?  I can't imagine he will be able to contribute this year, and I suppose a redshirt year is in order.

The kid is going to be a player, and I am thrilled he's made it to school and that he'll be learning the schemes and acclimating himself to college and to the team while he rehabs.

The team is currently going through 7-on-7 drills.  Regular practice begins in early August and kickoff is on September 5, 2009, very late at night.

For the next couple months, we will follow the progress of the team, give overviews of the new players added to the roster, and generally fret about football like Arthur Dent.