Share All sharing options for: Class of 2009: DB Josh Johns 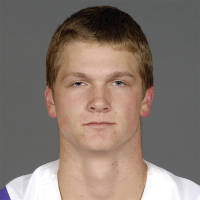 Josh Johns is a local product, right out of Central High School in Baton Rouge.  He is one of a couple of LSU recruits from 2009 who really did not get get much national attention.  Johns was a kid who wanted to come to LSU and worked really hard to get that offer before finally getting it and committing to LSU.  His other offers were from Louisiana Tech, ULM, and UL-Lafayette.  Johns is 6'2" and 210#, and while he is a safety right now, he could grow into a linebacker.

I know what you're thinking.  "White, lightly-recruited defensive back who's going to have trouble climbing the depth chart against all those bigger names."  You may be right.  Josh Johns does not come to LSU with quite the highlight reel that Craig Loston boasts.  He's not as smooth of an athlete as a Morris Claiborne either.  He's a risky project for the coaches to take on, but under the 85/25 rule, you can afford to take a few risks, and lightly regarded players like Josh Johns sometimes end up being among the best in the class.

Take a look at former Bama safety Rashad Johnson, who went from walk-on to All-conference and the NFL Draft.  Josh Johns is a heck of a lot more highly regarded than Rashad Johnson was.  Johnson used his smarts and hard work and his better-than-expected-when-he-was-recruited athleticism to blaze a path to the starting lineup, and then did so well as a heady free safety that he may have been Bama's most valuable player last year.  Johns has a lot of similarities to Johnson.  His film shows a better athlete than you might expect given his offer list.  He shows good speed and leaping ability, which suggests the kind of fast-twitch muscle development that is more valuable for football players than simple top-end speed would be.

He has a nose for the football, which I realize is a cliche, but I use it as a shorthand to say that he pursues well, and when he gets to a ball-carrier he will both deliver a big hit and make a sure tackle.  When the ball is in the air, he has a knack for going to get it.  He makes a number of interceptions in his senior film, some of them of highlight-reel variety.  He returned kicks and played some quarterback for his Central High team.  Here is what I said of Johns before he was formally offered a scholarship:

OK, I know what you're thinking.  You're going all Grandpa Simpson on us and thinking, "A white kid?!?!?!"  Slow down.  Josh Johns from Central High School in Baton Rouge looks pretty good actually.  Darren Myles is clearly the target for LSU at safety, but he is far from a sure thing, and may be a lost cause.  LSU definitely wants two safeties in this class, and while Craig Loston is one, we don't exactly know who the other will be.  One name that keeps popping up is that of Johns.  And while Josh Johns is not a household name in recruiting circles, as he is only a 2-star on Rivals and a 3-star on Scout, his highlight reel is actually pretty impressive.  He hits hard, and does not look at all slow out there.  His measurables are right up there with higher rated safeties, as he is 6'2" 210#, runs a forty in the 4.5's, and has a 32-inch vertical (and it shows).  Darren Myles is the better prospect at this point, but it is hard to say that he is all that much better.

Johns is a guy they say may get an offer regardless of what happens with Darren Myles, and I believe he could probably step right in and be a contributor on special teams.  Don't be fooled by his Comic-Con looks.  The kid can play.  It remains to be seen how his game will translate to the next level, but I think he has a real shot.  In fact, he looks like he could put on more bulk and end up at a linebacker spot rather than a safety spot.

Cheeky, I know.  But I stand by it.  It really is hard to discern a meaningful difference between Josh Johns' film and that of more highly rated recruits.  I think with his speed and his tackling ability he could really be an immediate contributor at special teams, but I would expect a redshirt anyway as he wouldn't really be needed in that capacity.

The only thing that you can see that separates them is the offer sheet.  LSU was his only BCS-conference offer.  A lack of big time offers does not necessarily mean that a kid will not be a player.  Look at what happened at the University of Connecticut last year.  They had 4 players selected in the first day of the NFL Draft in 2009.  Not one aberration like Tennessee-Martin had when Dominique Rogers-Cromartie was drafted.  Four!  Sometimes players come from nowhere to be not just good players, but outstanding players.

I'm not going to sit here and say that Johns is going to be a 1st day pick in the 2013 NFL Draft.  That would be excessively optimistic, but I would say that his chances of ending up as a very good player for LSU are better than people might realize if all they look at is his modest 3-star rating and his 2nd-tier offer sheet.  Sometimes, everyone misses out on a great player.  Why not think that this time, it was everyone except us.