Share All sharing options for: 5 Keys To A Successful Season, Part 2: Special Teams

You've heard the cliches.  Special teams is 1/3 of the game.  This game will be decided on special teams.  Everyone says these things and few people really believe them other than those who reside in Blacksburg, Virginia.  Let's look at some statistics from last year.

Can we all agree that Alabama and Florida were the two best teams in the SEC last year?  Can we?  Good.  Here are some statistics on their special teams:

What I'm driving at here is that statistically, it's really hard to see how special teams play really separates any of these teams, at least special teams coverage teams.  Both of the best teams were mid-pack in kickoff coverage, and while Florida led the league in punt coverage, they were only a couple yards per punt better than one of the worst punting teams in the conference.  I find it difficult to believe that 3.1 yard per punt difference really matters.  Interestingly, when it came to net punting, everyone was within about 4 yards of each other except for Mississippi State, who was almost 3 yards worse at net punting than any other team in the conference.  They were the only outlier.  They were also one of the worst at kickoff coverage.  I would like to know why that is.

Which is not to say that special teams aren't important.  I just think it's hard to see their importance in the statistics.  I think more important than looking at averages, we should look at big plays and big plays given up.  This is where Arenas and James really shine.  Between them they scored 5 touchdowns on punt returns, which was more than half the total of the conference. 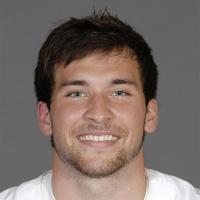 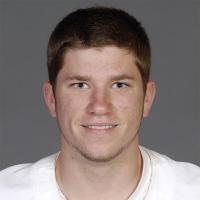 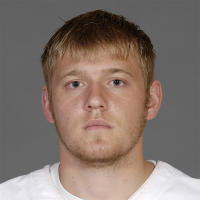 From left to right we have Josh Jasper, Drew Alleman, and Derek Helton.  These three players will probably take on the bulk of the kicking and punting duties, taking over for the departing Colt David and Brady Dalfrey.

Josh Jasper, a junior, was the part time placekicker, part time punter, and full time kickoff man last year.  He figures to take over Colt David's role kicking field goals.  When he punted, he averaged over 40 yards per punt.  He kicked two field goals and I seem to recall him taking a couple extra points.  The current coaching staff has always liked to separate the special teams duties, and with Jasper likely taking over Colt David's role, it is possible that they will want another player to take over Jasper's kickoff duties.

That's where Drew Alleman may come in.  He came to LSU as a true freshman last year hoping to win the kickoff job, but he ended up redshirting.  He is listed as a "placekicker/punter", but if he breaks into the lineup at any position, it will likely be on kickoffs, where he has a good leg.  LSU uses a funky kickoff strategy, where we do not try to boom a kickoff into the end zone.  Instead, we try to get good hang time and pin the return man near the sideline.  This strategy was fairly effective last year, as we were in the top half of the league in terms of kickoff coverage despite having very few touchbacks.

Derek Helton is a transfer from Fort Scott Community College in Kansas, but is originally a Louisiana product.  He received a scholarship offer from LSU despite not having standout statistics as a JUCO product.  As a punter, he averaged 35 yards per punt as a freshman and 36 yards per punt as a sophomore.  This is about 4 yards less than Brady Dalfrey averaged as a senior.  I imagine that he was adept at the rugby style punting that LSU has liked to do lately, which will make a punter's gross average suffer.  The idea is to directionally kick the ball away from the return man and make it impossible to get a good return.  I can't say it's a bad strategy.  He was probably also good at pooch punting.

While punting and kicking may not be as important, or not as outcome-determinative, as some other phases of the game, it is important to remember that your placekicker actually puts points on the scoreboard.  It's very important to have a reliable kicker who can consistently make the short field goals that the offense or defense earns, as it can be demoralize not to get points when you've had a drive that has gotten into scoring range.  A kicker will also, once every couple of seasons or so, make (or miss) a last minute game-deciding field goal.

These are outcome determinative aspects of a football game, and LSU uses scholarships on them.  Not all teams use scholarships on specialists.  We really should be getting kicking and punting that is among the best in the conference, and while 5th place in these matters is not bad, I think we would all like to see our special teams at or near the top of the conference.

One area where we've excelled is in trick plays from the special teams.  We have recovered onside kicks, and we have successfully faked punts and field goals.  Famously:

This was not the only one, as we successfully faked punts as well.

This is really to say nothing of the return game, where we were not as spectacular as generally believed.  We did not score a special teams touchdown last year and we were near the bottom of the league in punt returns and kickoff returns.  With us being one of the few teams in the conference with a dedicated special teams coach, this should really look to improve.