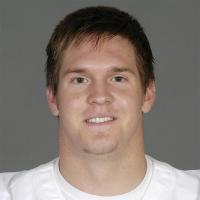 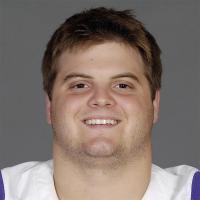 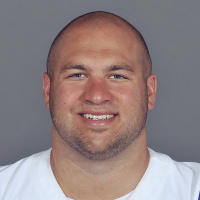 In a column written just over a year ago and on another blog (hard to believe I've been at ATVS for only just over a year), I said that the interior of the offensive line was the second most important part of an offense, behind only the quarterback.  I still believe that.  Here is what I said:

2. Interior Offensive Line: This is where I part ways with a lot of other commentators. I think the key position-to-position matchup on any football field is the battle between the center/guard combination and the defensive tackles on the other side of the ball. Whoever can win the battle on the interior of the line goes a long way towards having success, both in running the ball and in throwing. If your interior offensive linemen can handle the defensive tackles 1-on-1, you will almost certainly have a lot of success on your offense. If you interior offensive line needs double-teams to keep the tackles out of the backfield, that frees up the rest of the defense to maneuver with several unblocked players. It's also great to have guards who can get to the second or third level and block linebackers or safeties, but I'll settle for linemen who can handle the tackles. I think interior offensive line is often overlooked, or it is believed you can just plug players into the position interchangeably. They certainly aren't paid nearly as well in the NFL at these positions as are the tackles, but I think you absolutely need these guys to have success in order for your offense to have success.

If you remember how big of a part of our defense a healthy Glenn Dorsey was, I think you would agree with me.  A defensive tackle who can beat your interior linemen will disrupt everything you try to do.  You can run away from a defensive end.  You can avoid throwing at a certain cornerback.  You can't escape a defensive tackle.  The play starts right on top of him.  The SEC has some good ones, like Terrance Cody (Bama), Geno Atkins (Georgia), Jeff Owens (Georgia), Malcolm Sheppard (Arkansas), and others who will be playing in the NFL.

This is why the guards and the center are so important.  They don't get the attention that the tackles get, but these guys make up more than 1/4 of your offensive personnel on the field at any given time, yet the casual fan almost completely overlooks them and considers them virtually interchangeable.

LSU has some issues at this position.

LSU has a veteran offensive line returning, with a 4th year starter, a 3rd year starter, and a 2nd year starter all here.  The problem is that we will be replacing Herman Johnson and Brett Helms at left guard and center respectively.  Those are two of the three interior line positions.  We return Lyle Hitt, who has been a bit under the radar even though he is a 3-year starter.  He was not placed on any of the All-SEC teams, and I excluded him (with reservation) from the list of top 10 players on the team.

Hitt is a guy who has been a starter since his sophomore year.  He's just done it very quietly.  He has been a steady, but unspectacular presence on the right side of the offensive line.

I would call your attention to the 2007 season when Hitt was joined on the right side by Carnell Stewart.  Carnell certainly had some difficulties at right tackle, but when it was 3rd and short (or 4th and short) and we needed a first down, we would famously call Jacob Hester's number, but we would almost invariably call Hitt's and Stewart's as well, as we would call on Hester to run to the right side.  Hitt and Stewart formed a dominant run-blocking pair on the right side, and Hitt is still there.

I am confident that Lyle Hitt will be a fine player at right guard, but what of the other positions?  T-Bob Hebert was a member of the heralded 2007 recruiting class, and was a pretty big recruit out of Georgia where he had settled with his famous father after Bobby Hebert's NFL career ended.  He redshirted as a freshman, when LSU had Helms and Ryan Miller on the 2-deep at center.  Last year, he began the season as a backup center and played a lot of special teams and was a fullback at times in short yardage, but then he injured his knee covering a punt.  He tore a ligament and was out for the season.

With Brett Helms moving on at the end of a fine career at LSU, T-Bob Hebert joined the battle to take over his starting spot in the Spring, despite still being much less than 100%, and not being able to take full contact in Spring Practice.  Despite this, Hebert has apparently beaten out redshirt freshman P.J. Lonergan for the center position.  Hebert is now listed at 301# and reportedly is stronger than he was before he injured his knee.  That position battle is still ongoing, but expect Hebert to be the starter on September 5.

The new starter at left guard is Josh Dworaczyk.  This is another member of the Class of 2007, which was one of the most celebrated recruiting classes in LSU history.  That class is certainly growing into a big part of the core of this team, as 3 of the 5 starters on the offensive line will be from the 2007 class.  Dworaczyk was a backup at this position last year, and when Herman Johnson went out with a minor injury against Bama, he plugged in for a series and acquitted himself admirably.  He also played special teams, and a little at tight end.  He took over the "blocking tight end" role that Joseph Barksdale had played the previous year, a position that allowed LSU to get a 6th offensive lineman on the field to block and got a young offensive lineman a little experience.  He was, therefore, basically our first lineman off the bench last year.

In order for a team to excel, players can't just "hold their own."  Some of your units have to be able to beat the units opposite them on the field.  Lyle Hitt will have to emerge from his anonymity and be a force on the inside.  Hebert and Dworaczyk won't have the luxury of playing like rookies for long, as we get Georgia less than 1 month into the season, and they have two future NFLers (and veterans at that) on the interior of their defensive line.  Hitt/Hebert/Dworaczyk vs. Atkins/Owens may be the key matchup of that particular game.