Share All sharing options for: The Big Games On the Schedule, Part 1: @Georgia, 10/3

Today, in the long dark offseason of the soul, we start looking at some of the "big" games that LSU will play this year.  We won't look at all the games in this fashion, because we have to save something for the regular season, and I'll be damned if I'm looking up stats and rosters on UL-Lafayette in July.

Let me preface by saying I have an almost pathological aversion to making predictions of how games will go.  A football game is a bit like the weather.  There are too many complex interactions to reliably predict what will occur.  Small human decisions play a huge part in the course of action, and in the ultimate result.  While sometimes the talent disparities between teams are so great that one can at least reliably predict the outcome, even that can be problematic.  Any one of us can name several times in which a team has given a vastly superiorly talented team a huge scare (Troy, last year), or upset them outright (UL-Monroe at Bama two years ago).  If that sort of thing could happen, how can you reliably predict outcomes when the talent disparity is not so great (see Ole Miss @ Florida, last year).

That is why omissions from this series should not be taken to mean those games are easy wins.  I will not be previewing Washington, Vandy, ULL, or Mississippi State here at this time, even though at least two and possibly three of those teams would have a non-negligible chance of beating us.  It could happen, but if it were, the season would quickly descend into a pit of despair. 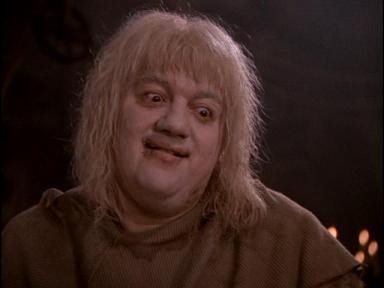 Instead, we start with Georgia on October 3, 2009.  Barring disaster (always possible), the Tigers should be 4-0.  The Dawgs have a bit of a tougher road to October 3 than we have, facing Oklahoma State, South Carolina, Arkansas, and Arizona State in the first four weeks.  Georgia will be well into the meat of their schedule by this point.

Georgia loses some players off of last year's team.  Chief among them are, of course, are running back Knowshon Moreno and quarterback Matt Stafford, who both were selected in the first round of the NFL draft.  Stafford was #1 overall.  Also lost were #2 wide receiver Mohammed Massaquoi, cornerback Asher Allen, veteran linebacker Dannell Ellerbe, and a couple of good defensive linemen.

Losing a good wide receiver, a great running back, and a great quarterback certainly hurts, and for what it's worth T. Kyle King seems to think this is going to be a dark season for his beloved Dawgs.  I am not so sure.  Last season was of course supposed to be a great season for the Dawgs, but injuries to left tackle Trinton Sturdivant and defensive tackle Jeff Owens derailed those plans very quickly.

Those guys are back now, and while we're not sure they're the same players they were before, if they are, I think Georgia could be better this year than they were last year despite the lost skill players.  Their offensive line was supposed to be the best in the conference until injuries took their toll last year, and now those players are back.

With Jeff Owens and Geno Atkins holding down the middle of the field, and arguably the best linebacker in the conference sitting behind them in Rennie Curran and a talented safety back there as well in Reshad Jones, the Georgia Bulldog defense should be pretty scary.

The offensive line, if Trinton Sturdivant and Chris Davis are healthy, could be the best in the conference.  Good line play on both sides of the ball can make up for a lot of deficiencies in the personnel at the sexier lineup spots.

Of course, the most important position on the field is the quarterback, and the Ginger Assassin is not exactly striking fear into opponents' hearts right now.  If Joe Cox doesn't produce, Mark Richt could make a move for the future and bring in sophomore Logan Gray or true freshman Aaron Murray.  If we see a true freshman starting in this game, I will feel much better about our chances.

A great player like A.J. Green can do little if a quarterback isn't there to get him the ball.

This is a game between two teams who, at this point, are kind of hard to figure out.  Georgia fans are grossly pessimistic about their prospects this season, and LSU fans certainly expect that a big improvement is in the offing for their own side.  However, this game is far from being a gimme, especially in Athens.  If Georgia stays healthy and gets solid quarterback play, they are going to be a very good team.  All the other pieces are in place, as they can certainly find at least an acceptable replacement for Knowshon Moreno.  It's hard to characterize GEORGIA of all teams as a dark horse team, but they really could be.  They just need for their supposedly healthy players to really be healthy and to get solid QB play and they are a threat to beat anyone, including the likes of Florida and LSU.