Share All sharing options for: Because the Steve McNair Chatter Just Hadn't Gotten Dumb Enough Yet, Jason Whitlock Weighs In

In a rarity for me, I happened to find without any prompting at all, a Jason Whitlock article on the death of Steve McNair and his young girlfriend, Sahel Kazemi.  I can't really make heads or tails of his article.  He seems to be saying that it's perfectly normal and expected for a man like Steve McNair to be going around with a 20 year old, but that this is simultaneously a horrible thing.  After reading it, I told Mrs. ATVS that it had to be the dumbest article I've ever read in a major media outlet.  She corrected me and showed me Mr. Whitlock's previous article about how Serena Williams has only won 11 grand slam championships because she's too fat. 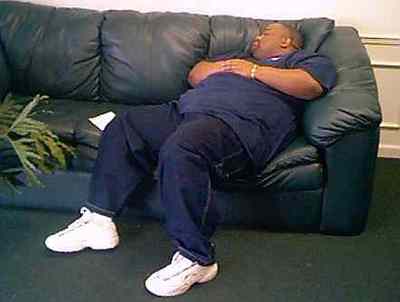 We'll get to the article, but let's start with the tagline for Whitlock's by-line:

Jason Whitlock brings his edgy and thought-provoking style to FOXSports.com. Columnist for the Kansas City Star, he has won the National Journalism Award for Commentary for "his ability to seamlessly integrate sports and social commentary and to challenge widely held assumptions along the racial divide."

And I'm no longer all that interested in hearing about the community service work McNair did in Tennessee and Mississippi. Service to community begins at home, too.

If you read this column regularly, you know I'm not the morality police, you know I'm far from bothered by McNair's May-December romance and you probably should've surmised I get my "Becky on" from time to time.

Ignoring for just a second the inherent contradiction of "service to community begins at home", this section is so edgy and thought-provoking that I had to google what "get my Becky on" means.  After doing so, I still don't know what it means.  In context, I think Mr. Whitlock just wrote about his sexual prowess, which is always a smooth move when writing for a major publication.

Stop reading now if your preference is sugar-coated, politically-correct, phony-ass pontificating. You can find plenty of that garbage littering the Internet.

I'm going to get knee deep in this Steve McNair tragedy and what it really signifies.

Someone (and I think it might have been me) once said that people who brag about being "politically incorrect" are usually just trying to find acceptable excuses for being total assholes.  And if you tell them, "You know, you're being a total asshole," they'll just come back and say, "I'm just keeping it real and saying what people are really thinking."  Go on believing that, as you slowly drift into a friendless sea of loneliness as no one wants to have anything to do with you anymore and stops returning your phone calls.

But we're about to get into the meat of this thing:

Let me repeat, I'm not some sanctimonious moralizer.

Personally, I prefer June-December romances, but a blossoming May flower certainly could be fertilized into a special, 28-year-old bouquet by a patient and attentive gardener.

As for the life-experience, station-in-life disparity between a retired millionaire quarterback and a Dave & Buster's waitress, well, let he who has never Captained cast the first hoe.

Every man I know has a little Captain in him. We see a pretty young thang working her way through nursing or cosmetology school and it's just in our nature to pay a cellphone bill, a car note or get her nails done.

It's what we do. And if you've earned a chunk of change in professional sports or in corporate America, you might buy a big black Escalade in her name, fly her to Vegas or go parasailing over the ocean.

There are few idiocies I find more idiotic and more damaging than this infuriating notion that men will not, and should not be expected to, keep it in their pants when a "pretty young thang" shows interest.  It's a sexist notion that assumes grown men have no conscience and no control over their actions, and furthermore excuses it.

Mr. Whitlock seems to think that the defining characteristic of men is lack of penis-control.  "It's a man thing," after all.

So here Whitlock expresses some sort of fraternity with McNair.  He says he understands.  After all, like all men, Whitlock has "a little Captain in him."  But then the man who is not the morality police starts moralizing.

What we do know is that McNair had four sons. And based on the observations and comments of Kazemi's neighbors and neighbors at the condominium McNair rented, McNair spent so much time with Kazemi over the past few months that people assumed they lived together.

You see, this is my problem with McNair, with American men as a whole. 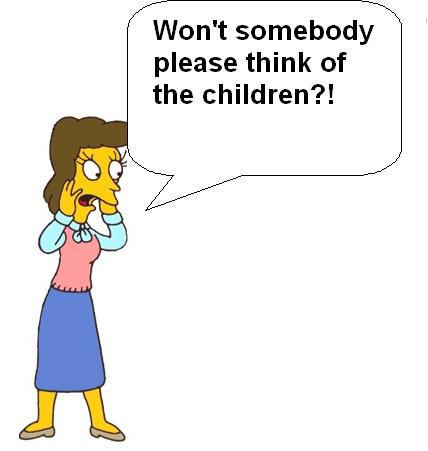 You also can't have it both ways on moralizing.  Either you are not the morality police or you are the morality police.  You can't take a laissez les bon temps roulez attitude towards male promiscuity and then pull a Helen-Lovejoy-esque "won't somebody please think of the children" nonsequitur.

Even when he plays the easy game of feeling sorry for the children involved, he gets it wrong:

Until the police wrap up their investigation, I'm only willing to acknowledge four victims — McNair's four sons.

I don't know how to classify the adults in this saga — McNair, his wife Mechelle or his 20-year-old girlfriend, Sahel "Jenny" Kazemi.

The kids, they're victims of two horrific crimes: 1. the murder of their father; 2. their father's apparent abandonment so that he had time to wine, dine, vacation and shack up with his jump-off.

Let me repeat, I'm not some sanctimonious moralizer.

You know, whatever you think of Mr. McNair's and Ms. Kazemi's actions in this whole drama, which has yet to be teased out completely, Steve McNair had more family than just those children.  He had at least a brother who has now lost a relatively young family member (McNair was one year older than I am).  He probably had a lot more family than that, but they don't make the cut.

Ms. Kazemi has her own family too.  They have refused comment thus far, as is their right and for which I have no quarrel with them.  Are they not victims?  Ms. Kazemi's parents lost a child they had just gotten out of adolescence.  She's not some nameless extra on "Cheers."  She may not have been famous, but she was a human being with a real live, breathing family.  Perhaps she had brothers and/or sisters.  Perhaps she had a grandmother.  Victims, all.  But in a list of the victims that Jason Whitlock has managed to get his mind around, they either haven't been considered or didn't make the cut.

If Whitlock deliberately left them out, then I guess that makes this column "edgy".  If he didn't consider them, then I guess the "thought-provoking" columnist failed to provoke any of his own thought.  I just hope his bizarre and idiotic rantings aren't meant to be "challeng[ing] widely held assumptions along the racial divide."  That would bring up all sorts of new and disturbing questions.

Whitlock is trying to have it both ways.  He's trying to not be the morality police, but then he's morally judging McNair while completely ignoring the young woman, except as an object of sexual gratification.  It's sexist and moralizing in the worst possible way.  If this appeared in a blog, I would dismiss it as the two-cent rant of a fool who could be readily ignored, but Whitlock is pretty close to being a major journalist.  I've seen him on ESPN as I recall.  He has a regular column at FoxSports.  He has a regular column in a major daily newspaper.  He's big time, and he's a damn fool.  Or at least, he's said extremely foolish things in print twice this week.

This is the kind of deliberately provocative writing that I know sells papers, that I know drives links and hits, but that I absolutely refuse to engage in myself.  And by "provocative" I mean in the derogatory sense of intending to provoke, not in the neutral sense of "thought-provoking".  He's trying to make people hate him and thereby drive up his traffic and his salary, much in the way a Paul Finebaum will.  My covenant with you, the reader, is that I will never insult your intelligence by just trying to be controversial for the sake of being controversial.

Alright, I guess I have to say what I think of this situation with Steve McNair and Jenny Kazemi.  We do not know what was going on in the McNair marriage.  We don't know.  We don't need to know.  We might never know.  It's not really our business if they were separating or divorcing or just had an arrangement whereby one or the other or both of them was not expected to be monogamous.  Whatever their arrangement, it is not for us to judge, at least not until more facts are known.

In my line of work, I see a lot of people who are older than Steve McNair was getting with partners who are younger than Jenny Kazemi was.  She was a young adult, but she was an adult.  She could make her own choices in life, including the choice to have a relationship with an older man.  This was not a 15 year old girl here.  This was someone beyond high school age whose choices may be good ones, may be bad ones, but are 100% hers.  She's a young woman, but no longer insulated from her mistakes.  She was at an age where she was free to make her mistakes and to learn from them, and if spending time with Steve McNair was a mistake, then under normal circumstances you would not expect that mistake to result in deaths.  Normally it would just result in heartbreak and a good lesson learned.  Why this one was different is something we do not know yet.

The next question, the one of class, seems to be as important here as the one of age.  Steve McNair was rich.  He could afford to take this waitress parasailing for vacation, buy her an escalade, and generally show her the nicer and finer things in life.  Media outlets, including Mr. Whitlock above, seem to indicate or at least imply that he dazzled her off of her feet and into his bed.

Again, is it wrong or impossible for people of different classes to have a relationship?  I don't see why or how.  Yes, there is a very big power differential there, but nothing in this situation removes the element of choice and free will from her side of the equation.  He's not her boss.  He's not her landlord.  He was her customer at a restaurant.  Those are very different dynamics, and I see no reason to judge.

We can feel terrible in this situation for the lives that are lost and for the ALL the families that are affected.  Let's not use this as an excuse to denigrate, however.