Share All sharing options for: Class of 2009: LB Kevin Minter 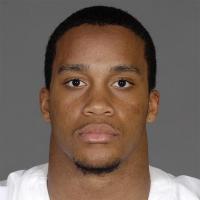 Linebacker Kevin Minter from Peachtree Ridge High School in Suwanee, Georgia, was an early enrollee at LSU, and so has been at LSU since Spring Practice.  This is a player I seriously considered giving "headliner" status to, but ultimately I am going to be conservative and simply call him a solid player.

When Kevin Minter committed, it was not exactly earth-shattering news.  He was a 3-star on Rivals and a low 4-star on Scout, from 3 states away from Louisiana.  He had gotten very little if any press, and no one believed he was a make or break prospect.  That is, until we all watched the film.

Here is what I said of Kevin Minter at the time of his commitment:

Probably my favorite defensive commitment so far is 3-star linebacker Kevin Minter from Peachtree Ridge High School in Suwanee, Georgia.  I think Rivals has him criminally underrated.  Scout lists him as a 4-star and the #5 rated middle linebacker in the country, which is more appropriate.  To me, he looks just about as good as Ryan Baker does, and he was almost a 5-star according to Rivals.  Minter has the size, at 6'0" and 220#.  He also has athleticism, as seen in his video where he skies to knock a pass out of the air.  He is aggressive.  Blockers don't seem to discourage him at all.  When he finds a target, he goes after it full speed, and no obstacle stays in his way long.  It would not at all surprise me to see Minter's stock rise as the season goes on.  I know that USC (the one in California) wanted him bad, and when USC is willing to recruit a guy all the way out in Georgia, he must be pretty darn good.  It's best not to get too hung up in ratings.  I know the coaches ignore them, but you want a kid to get his due.

I was not the only person to see more in Kevin Minter than what his ratings would suggest.  Here is what Scott Kennedy said of Minter's performance at the Georgia state championships:

A question I get every year about the games in the dome is "if you could take one player, who would it be?" For the Dome games of 2008, I'd have to say it would be Peachtree Ridge and LSU Commitment Kevin Minter. Minter was everywhere on defense for the Lions. He's got size, speed, instincts "want-to", everything Scouts look for in a linebacker. If he continues to play on the next level the way he played his senior season, he'll be a star for the Tigers of LSU.

This event included many Division 1 and BCS level prospects, including those going to Georgia, Georgia Tech, and South Carolina, plus fellow LSU signee Drayton Calhoun.  Kennedy singled out Minter for the high praise of "If [I] could take one player," it would be Kevin Minter.  This is a very exciting prospect, who could end up at middle linebacker or at outside linebacker for the Tigers.

If there is one area of performance you cannot see in his film and would like to know more about, it is his performance in coverage in the passing game.  This is not at all unusual at all for a linebacker to not have this in his film.  Linebacker film tends to focus on big hits and disruptions rushing the passer.  They do not often focus on a linebacker covering a running back or tight end.  It's just not as fun for the typical recruiting watcher.  Personally though, I like to see it just because I know how important it is at the next level.  You cannot play linebacker at a place like LSU until you become at least semi-competent at playing pass coverage.

His extra semester and his participation in Spring Practice will be big for Minter.  It would not shock me if he breaks into the two-deep this year.  We have 5 experienced linebackers in Jacob Cutrera, Harry Coleman, Perry Riley, Kelvin Sheppard, and Ryan Baker.  We also have redshirt freshman Kyle Prater returning, plus incoming freshmen Barkevious Mingo, Lamin Barrow, and possibly Tahj Jones.  Barring injury, there may be no need to play Minter, but his future is very bright and there will be lots of room for a new linebacker in the lineup next year and if Minter is at the head of the line going for those open positions, he will probably play to get some experience this year.