A Look In At LSU Soccer; Season Begins Friday

Share All sharing options for: A Look In At LSU Soccer; Season Begins Friday 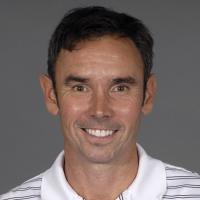 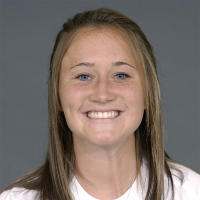 Head Coach Brian Lee will lead the Tigers in their attempt to win the SEC West for a 3rd consecutive time.  All-American midfielder Malorie Rutledge may be the best soccer player in LSU history.

Last year's squad won the SEC West.  It was our second consecutive SEC West championship.  We did not win the conference.  Unfortunately, Florida was an undefeated juggernaut in SEC soccer last year, and the entire SEC is still well behind the soccer hotbeds on the coasts.

The 2008 team finished 14-4-2 on the season, and made the NCAA Tournament, losing to the Washington Huskies in the first round in a heart-breaking overtime loss in which the Tigers held a 2-0 lead into the second half.  The loss ended the Tigers' season and knocked them out of the top 25 in the country.  This year's soccer team will look to improve on the encouraging 2008 showing.

They will try to do so while being led by reigning SEC Offensive Player of the Year Malorie Rutledge, who led the nation last year with an average of 0.90 assists per game and scored a lot of goals too.

The team also returns fellow All-SEC selections Melissa Clarke at midfield and Mo Isom in goal.  Isom was 3rd team All-SEC goalkeeper, and the 1st and 2nd teamers were seniors, while Isom was just a freshman.

The season gets started on Friday with a scrimmage at home against Texas.  After that, the regular season starts on Friday, August 21, against Memphis.  That game is also being played in Baton Rouge.  A little later in the season, the Tigers will go on a road trip to Durham, North Carolina, to face off against soccer powerhouses Duke and UNC in a Friday/Sunday weekend series.  The conference schedule begins Friday, September 25 against Georgia.  Season tickets are very reasonably priced at $50 for adults, which also comes with season tickets to the LSU volleyball schedule.

We here at ATVS want to bring you more comprehensive coverage of LSU athletics, and we will check in with the soccer team every so often.  They come to Alabama on October 2, and I may have to get out to see them.