Share All sharing options for: Class of 2009: DE Sam Montgomery 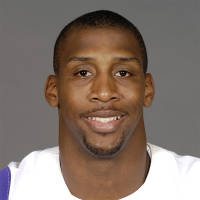 One of the biggest (positive) surprises of the Class of 2009 was defensive end Sam Montgomery from Greenwood High School in Greenwood, South Carolina.  South Carolina is hardly our typical recruiting territory, and most observers were skeptical when LSU appeared to still be involved with Montgomery late in the process.  He was a signing day commitment, and I think most expected him to end up at Michigan instead of LSU.  In the end, he chose LSU, which was the only positive surprise in a Signing Day filled with negative surprises.

Sam Montgomery is much beloved by LSU faithful, and while I certainly think Sam is a solid player, I have to say that I don't think his video quite warrants the borderline-all-world accolades he seems to get.  Montgomery was the #2 rated recruit in South Carolina for the 2009 class; Rivals considers him among the best pass rushers in the country from the defensive end spot in the 2009 class.  Sam Montgomery certainly looks the part, at 6'5" and now listed at 260#, but my eyes tell me that he still has a ways to go.

Some of his highlight video actually tells the tale.  You see plays where Montgomery runs down a smaller running back from behind, showing his great top-end speed for a guy his size, but you can't help but notice that the reason the running back got into the clear in the first place is because Montgomery either overran him in his initial pursuit or couldn't get a hold of him as the back ran by.  You see the athleticism, but not the instincts to stay in the play at the front end.

This is not to say that Sam Montgomery is a poor player.  He certainly is not.  His combination of size and quickness makes him an excellent pass-rushing prospect.  He is a guy who could not be blocked at the high school level.  He lived in the backfield, recording 26 sacks in his final two years of high school and earning an invite to the Under Armour All-America Game, where he acquitted himself well.

Part of the explanation for his mistakes, which are certainly commong but are unusual to see on display in a recruiting highlight video, is that like Barkevious Mingo he has only been playing organized football for a short time.  he is raw, but athletic and with a great frame for the position he will be playing.  He is actually very similar to Barkevious, who is also tall and long-armed and athletic.  Montgomery is a little bulkier, so he is a defensive end while Mingo is a linebacker.

Montgomery is an exciting prospect.  I am just not as high on him as those who say he's an immediate contributor as a pass rusher.