Share All sharing options for: Class of 2009: WR Rueben Randle 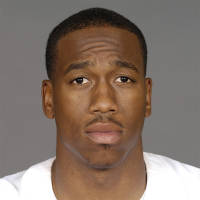 We start looking at the headliners of the Class of 2009 today.  From the beginning of his junior year of high school, Rueben Randle's recruitment has been big news.  As a product of Bastrop High School, he was everybody's All-American recruit.  A 5-star on both services from beginning to end, he was the #3 overall player on Scout and the #2 overall player on Rivals.  That's in the nation.  ESPN went out to broadcast one of his games live, and he was of course the star of the show, as he played quarterback and wide receiver and dominated.  His teammate Josh Downs also garnered attention from that broadcast.

His signing with LSU caused quite a stir, as through hook or crook he ended up at LSU while his long-time committed former teammate, Deangelo Benton, broke his commitment to LSU and ended up at Auburn.  In a February post, I expressed a lot of certainty about what happened, and laid the blame at the feet of Rueben Randle and his family.  I no longer have that certainty about the situation, and we all move on.

Whatever went on in the days leading up to National Signing Day, the result puts a lot of pressure on Rueben Randle.  He is not inextricably linked as a player to Deangelo Benton, and the two will forever be compared.  Both are tall, highly athletic wide receivers with star talent.  If you can point to two differences between them you would have to point out a) Benton's polish and physical maturity, seeing as how he has spent two extra years trying to get qualified, at the same time developing physically and continuing to train, and b) the fact that Benton can literally go pro at any time, and given the academic hurdles he has had to clear to get to this point, you have to think he will probably leave for the NFL as soon as the opportunity is there.

But what's done is done and we have Rueben Randle.  The word that comes to mind with Randle is "fluid".  He is a tall (6'3"), still fairly thin wide receiver at 201# according to LSU's roster.  He moves effortlessly, and he is a "long strider", without blazing speed, but plenty fast enough and faster than he looks.  He has long arms and the kind of body control that reminds one of Larry Fitzgerald.  Randle is more physically ready to compete now than former 5-star recruit Terrence Toliver was at the same stage, in part because Randle is physically stronger and in part because Randle was a much bigger part of his high school team's success than Toliver was.

While Terrence Toliver played wide receiver for a team that mostly ran the ball, Randle played wide receiver through his junior year for a sophisticated offense at Bastrop High, orchestrated by Brad Bradshaw, one of the bright lights in Louisiana high school coaching.  For his senior year, Randle was moved to quarterback to get the ball into his hands on every play.  He threw for almost 2,500 yards and 20 touchdowns, and ran for almost 700 more yards and 12 more touchdowns.  He also continued to play receiver at times.

Randle is an outstanding prospect, the best wide receiver prospect to come to LSU in memory.  Yes, he is considered better at this stage than Toliver, Amp Hill, Early Doucet, Dewayne Bowe, and Craig Davis were.

If you want to point to a weakness here, you may have to look at his endurance.  In his ESPN-broadcasted high school game, he had to leave the field with cramps.  At his first LSU practice, he struggled with the heat more than anyone else.  I don't think it's a conditioning problem.  I just think some people naturally don't respond well to the kind of heat you have to endure in Baton Rouge, even if they are in peak physical condition.

I want to caution readers not to expect A.J. Green-like or Julio Jones-like immediate production out of Randle in his freshman year.  While Randle is an outstanding prospect, I think he is probably just a step behind those guys in terms of ability.  Plus, neither Jones nor Green came into a situation where they had to battle for playing time with players as good as Brandon Lafell and Terrence Toliver. I think he will be productive as a freshman, but instead of expecting 50 catches, we should probably expect more like 15-20, unless injuries force him into greater use.