Share All sharing options for: ATVSQBPI: Past is Prologue 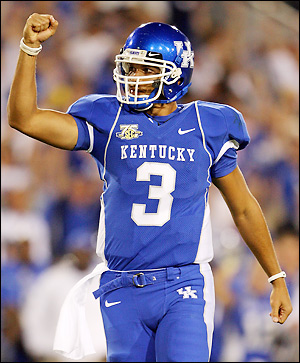 You wanted more information about the And The Valley Shook Quarterback Productivity Index, and I am here to give it to you.  I have the data going back three years in the SEC.  The first year can be found here, and we will reproduce it for this post.

Again, reminding you that the formula is as follows:

The explanation for why we use this particular formula is found here, but realize we are not using the complete formula because First Down stats are not quite as readily available, and it should pretty much wash out anyway.  Plus, we've all gotten used to the scale this particular metric gives us.

Alright, we've been through those numbers once before.  Let's take a look at 2007:

What are my take-away messages from this?:

Let's move on to 2006, in which I lift the numbers straight from my old website:

If you have any additional thoughts, I welcome you sharing them.