5 Keys To A Successful Season, Part 4: The Revamped Secondary

Share All sharing options for: 5 Keys To A Successful Season, Part 4: The Revamped Secondary

I think everyone can point to the two biggest things that went wrong with the 2008 season.  [Aside: I would say there were three things that went wrong; the two usually named things, and a very inconsistent pass rush.]  In the coaches' quest to exorcise the demons of 2008, they have been forced to make a lot of changes to the secondary, which was, of course, one of the two things that went horribly wrong in 2008.

The opening game of the 2008 season saw a starting secondary of RCB Jai Eugene, FS Curtis Taylor, SS Harry Coleman, and LCB Chris Hawkins, with Danny McCray at the nickel and Chad Jones as sort of a utility player.  Only one of those players was a senior, but there is no guarantee any of them will see significant snaps in the same role for the 2009 season. 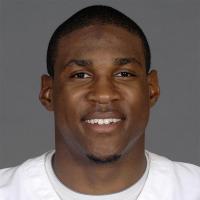 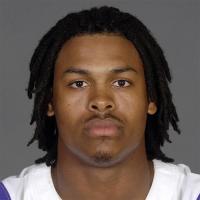 The opening night lineup of the 2009 season will see Patrick Peterson at one corner position and Chad Jones at free safety.  These are two very athletic and very promising players, but after this the spots are open for competition, and it is anyone's guess who will occupy the nickel and dime back positions, or if those positions will even exist as we currently understand them.

We have been over the secondary is great detail once before in this offseason,and I won't repeat those articles here except to the extent I already have. You can go back and read Part 1 and Part 2 of the Spring Preview: The Secondary series. Some of that information is quite outdated (Phelon Jones transferred and Harry Coleman is definitely a linebacker now). But for the most part the information we had back in March is still solid today, and we'll do a formal update on the position after Fall camp starts.

Suffice it to say that there have been wholesale changes in the coaching and in the personnel in the secondary.  If one was being uncharitable, one might compare it to a game of poker in which we did not like the hand we were dealt and so we reshuffled the cards and dealt a new one.  I prefer to think of it as learning from mistakes.

I don't know who will start at strong safety, but I was a HUGE fan of Karnell Hatcher's play in spot duty last year.  The other prime candidate for the position is Ron Brooks, who got the most press of any up-and-coming player in the Spring.  Danny McCray certainly isn't conceding the race, and he is the most experienced safety we have who isn't moving to linebacker.  Plus he's actually well-suited for the role of strong safety, where he was not well-suited for his prior role as nickel back.

At corner it appears to be a battle between last year's starters, Jai Eugene and Chris Hawkins, but I would keep an eye out on true sophomore Brandon Taylor, who impressed the heck out of the coaches in practice as a true freshman and figures to be in line to improve as much or more than anyone on the team from last season to this season.

Whatever the personnel groupings, the unit absolutely has to play better than it did last year.  I don't mean, "they have to play better in order for us to win."  I mean there is no possible way they couldn't play better, as they played so poorly last year.  Some of the worst passing teams in the conference looked competent against us.  For example, Chris Todd of auburn went 17 for 32 for 250 yards against us (OK, he had 2 interceptions). Tyson Lee went 17 for 26 for 165 yards.  Stephen Garcia went 14 of 26 for 215 yards.

Don't ask what the good passing teams did to us.

It's hard to do worse than that.  Hopefully with more suitable personnel groupings and fresh coaching, the situation in the secondary will right itself.  Taking Danny McCray off of the slot receiver almost can't help but improve the defense.

Offseason reports have Patrick Peterson and Chad Jones reportedly ready to blow up into the All-America calibre players they were recruited to be.  I am always skeptical of offseason hype machines, but we will have to see.  We should be finding out a lot more about this in the coming weeks.  If those two are really that good at their respective positions, a huge negative could become a huge positive.