Share All sharing options for: 5 Keys To A Successful Season, Part 5: Quarterback Play 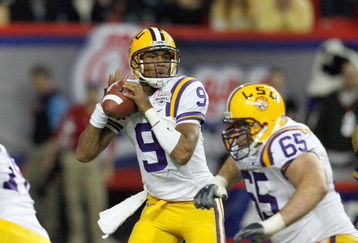 If you read the introductory paragraphs in yesterday's installment of this series, you saw us reference "the two biggest things that went wrong with the 2008 season."  Yesterday, we covered the breakdowns in the secondary.  Today, we go through the other obvious deficiency, the quarterback play.

I have previously defended Jarrett Lee's play, and I continue to do so to a point.  Here is what I said to Team Speed Kills:

Alright, let me defend Jarrett Lee for a second. Lee was 5th in the SEC in yards per game, even though he split time early in the year. His completion percentage was within 3.1 percentage points of Jevan Snead's. His passing efficiency was 6th in the conference, and wasn't significantly worse than the 4th rated QB's. He made positive things happen on the field, unlike some QBs in the conference who were more or less empty uniforms (I'm looking at you, Mike Hartline). Yes, he had a very tough time with the interceptions, but he was a heck of a lot better of a quarterback than Jonathan Crompton, Kodi Burns, Mike Hartline, Chris Smelley or Chris Nickson. Things really got bad for him afterAndrew Hatch got hurt. Hatch took a lot of pressure off of Lee, and when Hatch got hurt, all of that pressure fell on Lee. At first, he was able to bounce back from mistakes, but eventually the mistakes just mounted and mounted and mounted and it weighed down on his psyche. I think Jarrett Lee could end up being a fine quarterback. He just has to get past the horrors of last year and get his swagger back.

There are some caveats I left out of that.

First, the "passer rating" is a woefully inadequate measure of a quarterback.  In a previous blog, I reviewed in detail how the Passer Rating worked.  I will summarize here.  The passer rating is a measure of yards per attempt.  The passer gets 11.9 bonus yards merely for completing a pass, 39.3 bonus yards for a touchdown pass, and a 23.8 yard penalty for an interception.  The whole thing is then multiplied by 8.4 simply to disguise the fact that it's a yards/attempt statistic.  They then do a little algebra to make it really confusing exactly what they're doing.

The result is, I suppose, kind of useful, but it's impossible to justify an 11.9 yard bonus merely for completing a pass, and it's equally difficult to justify a cumulative bonus of over 50 yards for a touchdown pass (12 for the completion and 39 for the touchdown) while penalizing an interception not even half as much.  It could easily be made more useful simply by adjusting the bonuses and penalties to make more sense, and including the running element, which incidentally, I did with the 2006 numbers.  I did it again with the first half of the 2007 season, but then I lost interest in it.  And those numbers weren't that great because I couldn't input all the statistics I wanted (not having an easy time finding statistics for 1st down runs and completions, I was forced to do without).

You may hear more of this metric in the future, by the way.

OK, but what does this have to do with Jarrett Lee?  Jarrett Lee had a pretty respectable passer rating, but his very poor touchdown-to-interception ratio was not sufficiently punished in the standard metric.  Plus, his inability to scramble or run was not taken into account.  I maintain that Jarrett Lee was better than Crompton, Burns, and others, but we shouldn't look to the passer rating to show it.  He simply did more on the field.  He put up yardage and points.  His sparkling play in Auburn brought us from the brink in that game.  In a year with supposedly horrible quarterback play, we had a receiver lead the league in receptions and touchdown receptions.

It's just hard to ignore those interceptions, in particular the ones returned for touchdowns.  It's also hard to ignore how his body language went from good to middling to abysmal as the rough season and the bad press mounted.  He may have brought us back from the brink against Auburn, but it was his terrible interception returned for a touchdown that put us on the brink in the first place.

Still, at this point, even if Jarrett Lee was still our starting quarterback, I would rank our QB situation at least 8th in the league at the start of the season, ahead of Tennessee's, Kentucky's, Auburn's, and probably Mississippi State's, and I'd think long and hard about whether or not to rate us higher than Vandy, and it would probably be a tossup with Bama at this point.  We could potentially have a quarterback situation that was in the top half of the league at the start with Lee at the helm.

But right now the floor does not belong to Jarrett Lee.  It belongs to Jordan Jefferson, who of course had an outstanding game against Georgia Tech in the Peach Bowl after a couple of middling performances against Ole Miss and Arkansas.  Jefferson adds a running dimension that Jarrett Lee simply cannot bring to the table.  He also seems to have that je ne sais quoi that Lee did not possess, at least not at the end of the year.  That intangible thing that sportscasters and commentators sometimes call that "it factor".  For what it's worth, I thought Lee had it too, at least at one point last season.  I thought he had "moxie, or at least confidence," and I think he really did.  It just wasn't an invincible confidence, and it was vinced.

Besides moxie and confidence, which Jordan Jefferson has, he also has a pretty darn good arm.  It's not an elite Jamarcus Russell-like arm, but it's a very solid college arm. As of the end of last season, he was still trying to marshal that arm and hit the right receivers at the right time, but he didn't do badly for a true freshman who was supposed to redshirt.  Here are some Jordan Jefferson highlights from the Peach Bowl:

The flip pass gets a lot of attention, and I think it shows that he has the derring-do to be a special quarterback.  Not that I want him doing a whole lot of underhand passes, but you have to like that as a true freshman he did not panic when the play broke down, and he made something positive happen.  He made a ton of progress between the end of the regular season and the start of the Peach Bowl, and he certainly has a long way to go still, but you have to be pleased that he made such a good progression in that time.  There's no reason to believe he will stop progressing. 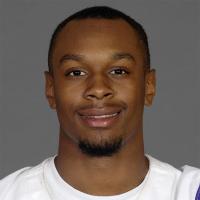 It would not surprise me at all to see LSU use a two-quarterback rotation, with true freshman Russell Shepard getting 5-or-so snaps per game as a change of pace game-breaking runner with the ability to throw the ball.  As of right now, the coaches have been quiet about how they expect to use Shepard, but most observers expect him to be put on the field immediately in some capacity, perhaps as a receiver, perhaps as a punt returner, perhaps as a running quarterback.  He is electric with the ball, and he's been in school since January.

We obviously need to improve the quarterback play to have success this year.  Jarrett Lee was in a tough situation, and while he was not the worst QB in the conference, he was not good enough consistently enough to allow us to have the kind of success we want to have.  Not all the blame goes on him.  Our pass defense really was abysmal.  Jarrett Lee had nothing to do with allowing Jevan Snead nearly 10 yards per attempt, and he had nothing to do with making Chris Todd and Tyson Lee look competent.  This is just one of the areas that needs improving, but it is a big one.