Share All sharing options for: Class of 2009: LB/DE Barkevious Mingo 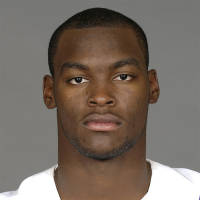 Of all of these profiles, the Barkevious Mingo profile is probably the hardest one to label.  Honestly, I could have named him either a project, a solid player, or a headliner, depending on the criteria.  In the end, I'm going to stick with solid player.  He could have been a project, because he has a very high level of athleticism but not much experience playing football.  He could have been a headliner, because of his high ceiling and the possibility that he could contribute immediately on special teams.  I split the difference, but I still think he should probably redshirt to get an extra year of coaching.  I could have justified rating him as a project, but uncertainty about him redshirting makes me rate him a little differently.

Mingo is perhaps best known for winning the Name of the Year contest over Michigan college student Iris Macadangdang, thanks perhaps in no small part to you guys, who voted for him in droves.

But Mingo (called "Ke-Ke") is also a football player, and a very interesting one.  He is 6'5" and listed at 209# on his LSU roster page.  He has very long arms and great quickness, leaping ability, and speed for a man of his size.  He will have to put on a little weight to be a linebacker, and may end up putting on so much weight that he becomes a rush end.  He is just a tremendous athlete, and he develops the football instincts and ability, he could be the next great linebacker at LSU.  He projects to play on the outside, where he can use his speed and lateral movement to disrupt outside plays.  If I had to compare him to a former Tiger, I would say he reminds me a bit of Trev Faulk, but he could end up being bigger, more athletic, and stronger than Faulk.

It could be a little while until he gets there, though.

He comes from one of the premier high school programs in the state, West Monroe High School, where he got some of the best coaching you can possibly get at that level, but he didn't get enough of it.  He only started playing football in his junior year, while before that he was a basketball player.  As such, while his athleticism is through the roof, he is probably about a year or two behind his peers in terms of development as a football player.

It shows.  There is detailed film of him available, more than just highlight reels.  The film shows him overrunning plays when he's aggressive, being tentative at other times and not getting into a play, and generally not making all that much of an impact on the game he was playing.  These unproductive periods would be punctuated by him making an impressive athletic play, like swatting a pass out of the air at the line of scrimmage.

It says a lot, though, that in a sport where you usually have to make your mark as a junior in order to get attention from colleges, Mingo was able to get that kind of attention in his very first year of playing organized football.

Mingo participated in the U.S. Army All-America game, where he again showed himself to be a raw athlete.  He really struggled in pass coverage, getting beat by Tennessee signee Bryce Brown multiple times in the passing game.  Brown is an outstanding prospect and a very polished player, but Mingo will have to improve in those areas before he can be a starting linebacker.

Mingo's upside is as high as any player's in the class of 2009.  That tall frame, those long arms, and that superior athleticism makes him someone to watch, but that raw ability will need to be harnessed.  Fortunately for him, Mingo will have great linebacker coaching from John Chavis, who developed outstanding linebackers at Tennessee.  Really, the Chavis hire could pay its biggest long term dividends in the development of this linebacker class, which also includes the very promising middle linebacker Kevin Minter.