5 Keys To A Successful Season, Bonus Edition #2: The Last of Saban's Recruits

Share All sharing options for: 5 Keys To A Successful Season, Bonus Edition #2: The Last of Saban's Recruits 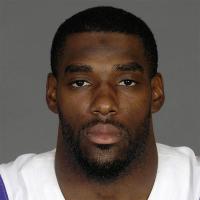 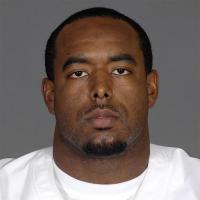 Do they not make these people shave for these pictures?  Come on Coleman!  They used to make people wear suits for their roster pictures.

Way back before the 2007 season, Nick Saban was hired at Alabama, and I was (and still am, for that matter) a resident of Tuscaloosa.  I cannot tell you how many times in the next 18 months I defended Les Miles only to hear the retort, "But he is doing it with Nick Saban's recruits."  In 2007, many a Bama fan discovered the world of recruiting, and they've been obsessed by it ever since.

Well, it's now 2009, and 4 full seasons have passed since Nick Saban last walked a sideline wearing purple and gold, and one might be tempted to think that the spectre of "But he is doing it with Nick Saban's recruits" has passed.  You would be partly wrong.  Sure, the roster is mostly made up of people from the 2005 class and beyond, all of whom gave Les Miles their Letter of Intent, but if you look back on Nick Saban's last recruiting class at LSU, the 2004 class, two names will stick out at you as still being on the LSU roster:  Harry Coleman and Charles Alexander.

Coleman was a "greyshirt" in 2004, meaning he delayed his enrollment for a semester and actually counted towards the 2005 class.  He was never actually coached by Nick Saban, but he turned in a signed Letter of Intent to Nick Saban, so I guess he still counts.  He redshirted in 2005, then was a special teams monster for a while before taking over for Craig Steltz at safety.  He had a tough year at safety last year and has since moved to linebacker.

Charles Alexander has had an injury-filled career at defensive tackle.  He redshirted in 2004, so he was actually coached by Nick Saban.  He lost most of two subsequent years to injury, including most of the 2007 national championship year.  He was granted a 6th year of eligibility by the NCAA and so is back now for his second senior year.

Both of these players will have significant roles on the 2009 team.  Coleman appears to be the starting strongside linebacker in the John Chavis system.  He was actually listed as a linebacker when he was signed, but moved to safety because he is and was a "tweener".  Just a little big for a safety but small for a linebacker.  While he was outstanding in the BCSNCG after the 2007 season, I believe last year proved he was not ideally suited for safety.  The new defensive staff moved him to linebacker where he will increase the speed on the field.

Alexander was a force in 2007 before he was injured.  Everyone remembers how that defense struggled after the chop block on Glenn Dorsey, but people forget that the truly dominating efforts ceased after Alexander was hurt.  We outscored our first two opponents that year by a combined 93-7 before Alexander got hurt.  We mauled MTSU, but after that the games tightened up a lot, and I attribute a lot of that to the loss of Alexander, who was a great blocker-occupying defensive tackle beside Glenn Dorsey, allowing Dorsey to run free a little more.

Last year, we saw a version of Charles Alexander that probably was not ready to come back and play.  He started, but was largely ineffective.  Charles Alexander will probably have a smaller role.  It is not expected that he will be a starter.  He will likely be the third defensive tackle in the rotation, behind senior Al Woods and junior Drake Nevis.  The staff is going to try to protect him because he has had so many problems.  If he stays healthy, I would expect his role to increase as the season progresses.  At his best, Charles Alexander is just too good to hold back.

The "Winning with Saban's recruits" label is somewhat tongue-in-cheek here.  Obviously, the bulk of this team is Miles' guys.  These two will play their roles, however, and they will be important players to the success of this team.  Harry Coleman will be asked to play a lot of roles, from run-stuffing to covering wide receivers, with probably an occasional blitz thrown in.  Alexander will at least provide depth at defensive tackle, if he stays healthy, and may be our starter by seasons' end when the games get bigger.