Welcome to the Bottom of the Dumpster: Alabama 57- LSU 38

Share All sharing options for: Welcome to the Bottom of the Dumpster: Alabama 57- LSU 38 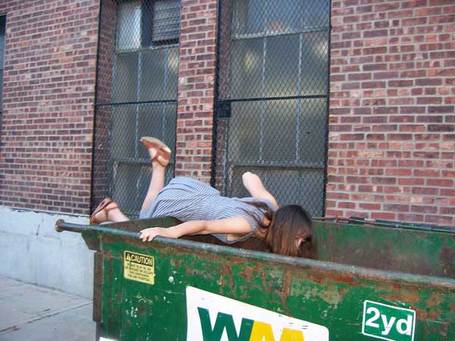 Not even 38 points fully displays how bad we were on offense tonight.  We had 33 points until the final four minutes, when we scored on two free throws and a last-minute nobody-cares three by Chris Beattie.  That was the only three we sank all evening.

And the thing is, that number would be 10 if not for Beattie's last-minute three.  10.

Nobody on the Tigers reached double-digit points.  We shot an abysmal 29%.  We scored just 38 points despite grabbing 12 offensive rebounds.  We went 1-9 behind the arc while the Tide went 9-17.  As a team, we had 4 assists.

How did this happen?  I fully anticipated a down year, but this is a joke.  I support Coach Johnson but this is simply unacceptable.  For the love of God, this team is downright awful.  We're not worth the hole in my door.  "Worst Team in the SEC" is an understatement.  We are really really really REALLY bad.

The good news is, it's hard to imagine us going anywhere but up from here.  The bad news is, our next three games are against Mississippi State, Tennessee and Kentucky.  Gulp.