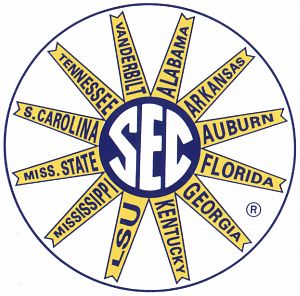 I was really ready to spend the next few weeks brooding and pissed that Bama managed to win their umpteenth title with our old coach. No doubt Invincible Bama is all we will hear about until next season. The state of Alabama might as well be shutdown today, and I hope Pittman can get through it. But then the crowd at the Rose Bowl erupted into that old standard "ESS-EEE-SEE!" and I smiled a bit. I remembered why all SEC teams do that in bowl games and why this league can command billions in TV revenue. It's because we are better than the rest. Because even in a down year, we still hand more bowl wins than the other guys. So go ahead and enjoy it Bama, we'll all be waiting to wipe that stupid grin off your face next season.

Now to the most important news of the day, your Bowl Pick'em Challenge!

Chicken Dinner made a strong push towards the finish, but Werd put it all on the Chippewas in the GMAC bowl and that made the difference. I had the most correct with 20 of 34 *grumble* but thats the way the game is played. Send us an e-mail Werd to claim your TREMENDOUS PRIZE OF DUBIOUS VALUE (hats are very nice, you know).

The internet in Louisiana lit up like a dead x-mas tree last night as the rumors of Crowton's impending ouster spread throughout the state. Unfortunately, the real journalists managed to ruin the party.

"(LSU coach Les Miles) and I have spoken several times this week about recruiting and spring practice plans, so, yes, I have every intention of being at LSU next season," said the 52-year-old Crowton. "I think we’re going to be a very good team and offense next year and glad I’m going to be around to be a part of it."

The link to the Bears, who Crowton was the offensive coordinator for in 1999-2000, was also a surprise.

"I’ve not heard one thing from the Bears," Crowton said.

...Or Not? Miles has made a name for himself as a guy who will find you another job before he's fires you, but when push comes to shove, he may not have enough time left to find Crowton a gig. Keep an eye out this weekend.

NFL Playoffs begin this weekend, and the AD has put out it's annual list of Tigers in the post season. Here's your break down: 19 total, 14 this weekend, 10 were coached by Miles, 2 are playing for the Saints.

The Lady Tiger's opened up SEC play by thoroughly destroying Arkansas 65-38. Remember Pack the PMAC is Sunday and tickets are still $1.

CTJ may be mad at Spencer for his Utah performance, but Spencer says it was his own fault due to undisclosed off-the-court distractions. From that same link, Farrer may be back late in the season and Kinsely was not injured in a car accident going to practice on Wednesday. The Men start SEC play Saturday afternoon against Bama (4pm CST, FSN in your area)

After the break, Ricky Blanton in front of a camera.