Thoughts from the South Endzone: I Hate Purple Jerseys

Share All sharing options for: Thoughts from the South Endzone: I Hate Purple Jerseys 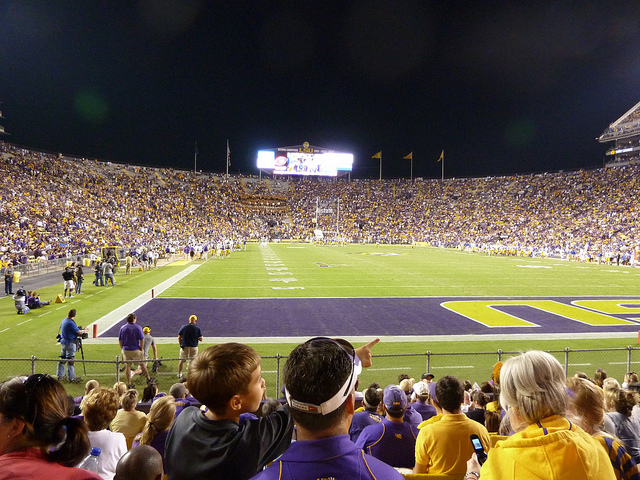 As always, (with the noted exception below) these photos were all taken by me. Feel free to use as you wish, you can find more here.

Sluggish, Lackadaisical, Half-Asleep. These words and more describe the environment in Death Valley last weekend. Crowd and team alike were just going through the motions this week, their focus miles away on the plains of Alabama. 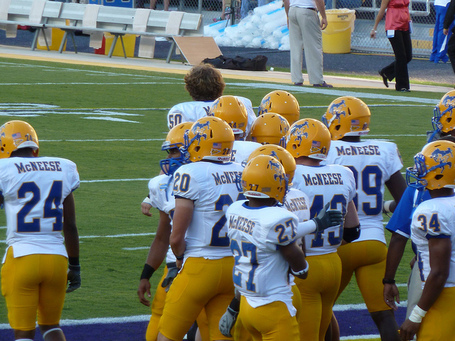 McNeese, on the other hand came out to play their game of the season. It is not an exaggeration to say it may have been the largest visiting crowd I have ever seen make it into TS. In addition to completely packing the traditional visitors area, packs of Cowboy fans were EVERYWHERE and they cheered loud for their team. Near the middle of the 4th quarter, as most of the locals had filed out, I dare say it may have been a 50/50 split. I would expect nothing less from one of the state's winningest programs. (btw, haven't seen it mentioned anywhere, but as you can see McNeese doesn't do player names. Combined with unis that look like our practice squad from a distance, and I'll be the first to admit it was hard to follow the action when it wasn't on my end of the field.) 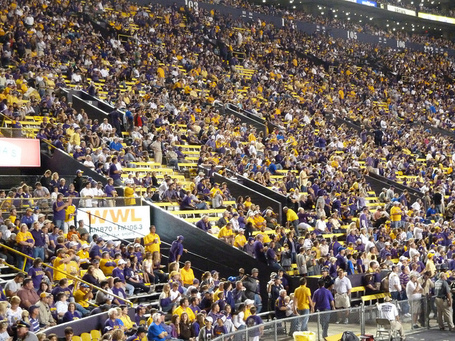 Mid 3rd Qtr. view the original and be embarrassed here

Way to not show up guys. At best, the crowd was about the same level as it was during the bedlam at the end of the UT game, and nowhere near the announced of 92K+. Not even the student section was filled. Honestly, I expected as much for a 1-AA game. But I'm going to flip out if you fools leave early for Bama. Traffic my ass. You're going to spend an hour crawling on Dalrymple or the River road whether you leave in the 3rd or at the gun, so sit your butt down and cheer on your Tigers, wimps. 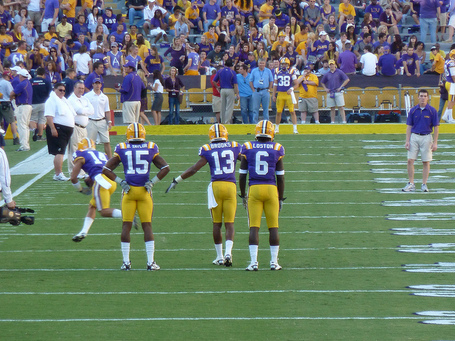 I hate purple jerseys. I have never seen a home game I enjoyed in purple since before Dinardo brought back the magic. Saban started this "wear them for the unimportant games" nonsense. After the last few years, I believe they are no good. LSU players know that when they wear purple, they don't need to bring their A game. They should be boxed, along with the rest of the Toonces gear. Call me foolishly superstitious, just take them away. 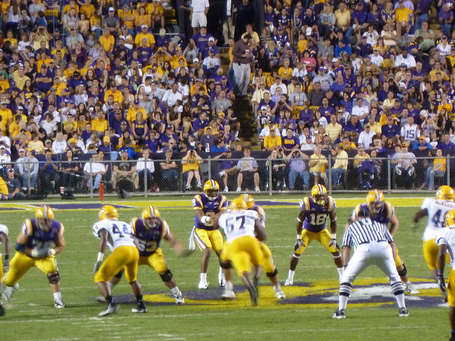 Not much to add that hasn't already been said about JJ, this was his worst game in quite awhile. The crowd may not have shown up, but the boo birds sure did. And none of that "I'm booing the coaches" nonsense this week either, JJ nearly got called all the names in the book. His on field mannerisms also seem to have regressed. After the early fumble he just sat there for a few seconds, dejected but clearly not hurt, until a pair of lineman reached down and grabbed his hands off his knees to lift him up. At least he'll be prepared for a hostile crowd at Auburn this week, though I doubt he'll be booed as much there as he is at home. 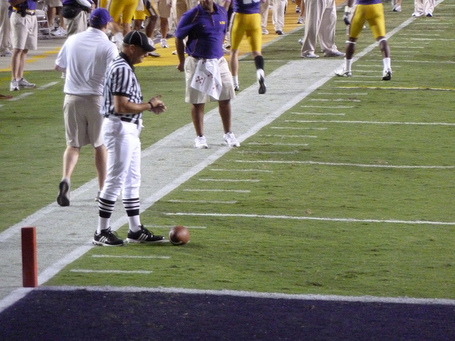 The cover jinx was in effect for Jasper, despite his still great play (the above setup the Cookie Monster's safety). I guarantee you every single person in the stadium was fooled on the fake and he executed brilliantly. But of all the weeks to start worrying about your kicker....Let's just chalk it up to the purple jerseys and move on. 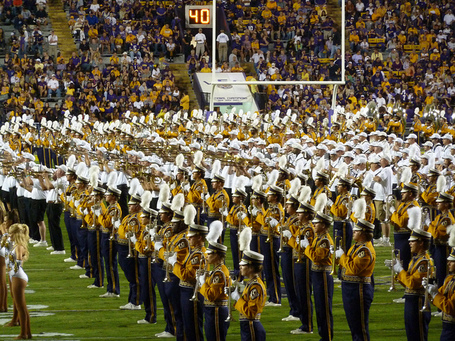 Alumni Band Night is always a personal favorite, if only to get another year of watching a former drum major well past his prime and carrying a beergut put everyone else on the field to shame by highstepping like he's still 20 years old. And it was great to see Wickes back.

The current band looked and sounded the best they had all year, both on the field and off. I was going to say the rumors about Neck being pulled were true, as they replaced it with a fast and frankly awesome instrumental version of "All I Do Is Win" (wish I had a video) to the same crowd effect, but then late in the game, with a thinned out student section, they played Neck and all was right with the world. I hope against hope that we can all just get along and be respectful hosts for Bama.

What am I smoking?

A ho-hum 1-AA game, made longer and worse by the FSN TV timeouts. If they worst thing to happen was Barksdale tweaking his ankle, then it was a good night. All I know is that the next game in this stadium is going to be epic. And If some program director at CBS dares to even look at it with an afternoon start time, I'm going to spend my weekend attempting to hold Brando hostage until my demands are met. DON'T YOU DARE, CBS!

The best photo of the night. A Victory for common sense. 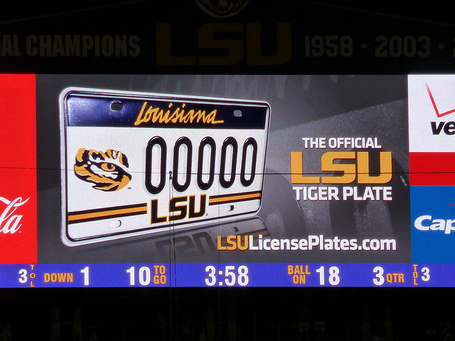