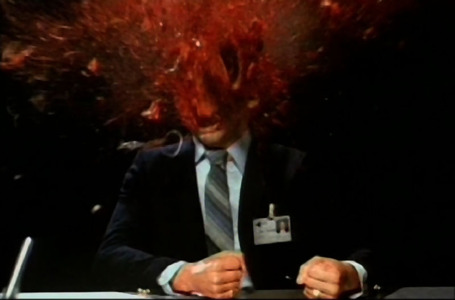 And that was before Tolliver caught the game winner.  Holy crap.

First and foremost, no one believed in this team.  Every talking head on ESPN's GameDay picked against LSU.  Herbie went so far as to say LSU would finish 8-4 or 7-5.  Every "expert" on SI.com and CBS Sportsline picked Florida to win.  CFN would have unanimously picked Florida, except Clucko the Chicken randomly selected LSU.  This was a matchup between two roughly even teams and everybody, and I mean everybody, picked against LSU.  So, to all of the haters... up yours.

This game was won on sheer tenacity.  LSU simply would not lose.  People can whine about luck, but Les made his own luck in this game.  A lot of calls went against LSU early, and Florida's first 21 points came on incredibly short drives.  But, somehow down by 3 in a game in which they looked like the superior team all night, Les Miles made calls in the end to go for the win.  He made gutsy, gutsy calls that, had they failed, would have opened him up to extreme criticism.  The gambles worked, so he deserves credit.  He played to win, and his players rewarded him.  He didn't play it safe, he went for the jackpot.  He got it.

Some other stray observations...

... The two QB system worked great.  We'll get to the numbers later, but the quarterbacks are playing greater than the sum of their parts.

... Our special teams were awful.  Very rarely does LSU get outplayed on special teams, but they did.  By a very wide margin.  Had LSU lost this game, it would have been because the team's best unit, the special teams, had their worst game of the season.

... The defense was great until it mattered.  allowing a 10-play, 80-yard drive with the game on the line is just something top tier defenses do not do.  Very disappointing.

... The offense showed up again.  Terrance Tolliver had his best game as a Tiger.  He was a man possessed.

... Florida converted three third downs due to LSU penalties.  Just infuriating.  Still, this team has too many self-inflicted wounds.

... LSU was the better team all night long.  This could have, and maybe should have, been a blowout.  Give Florida a lot of credit for continuing to throw haymakers.

... But no one is tougher and more clutch than these Tigers.  I hate the cliche, but this team refuses to lose.  I love this team's grit.