LSU - Arkansas: What to Watch For

Share All sharing options for: LSU - Arkansas: What to Watch For

It seems we have reached the end. The final game of the regular season. If you'll allow me a moment...

NOOOOOOOOOOOOOOOOOOOOOO!!!!!!!!!!!!!!!!!!!!!!!!!!!!!!!!!! WHY? WHY? WHY WAS IT SO SHORT? WAS THAT 13 WEEKS? THAT COULDN'T HAVE BEEN 13 WEEKS! IT WAS WAY TOO FAST! CAN'T WE GO BACK AND START AGAIN? I PROMISE I'LL PAY EVEN MORE ATTENTION! WHAT AM I GOING TO DO ON SATURDAYS NOW? NO MORE LSU FOOTBALL GAMES FOR A WHOLE YEAR? FUCK! I'LL BE EXPECTED TO, LIKE, DO SHIT NOW! THAT BLOWS! GIVE ME AT LEAST TWO MORE MONTHS! YEAH I KNOW THERE'S THE BOWL GAMES BUT THOSE DON'T START FOR ANOTHER MONTH AND THEN IT'S REALLY OVER AND THEN FUCK. MY. LIFE. WE NEED A LONGER REGULAR SEASON. 13 WEEKS? IT SHOULD BE LIKE 113 WEEKS! YEAH! THAT CAN BE DONE, RIGHT? GET ON THAT SHIT MARK EMMERT!

Okay. Now that it's out of my system, we can actually talk about the LSU-Arkansas game, i.e. the semi-official Sugar Bowl playoff game.

You might want to douse those leftovers with some Pepto instead of a cold beer, because chances are this one's gonna try the nerves.

Les Miles is 3-2 against the Razorbacks in his tenure, and every single one of those games has come down to the final possession. Two have been decided in overtime and none by more than 5 points. In the last three games, the aggregate score is tied at 111 points apiece with a combined four overtimes (h/t to Arkansas Democrat-Gazette writer Tom Murphy for that stat). To recap the series under Miles:

2005, 19-17 LSU: A Tiger team playing its 10th straight game struggled to put a bad Razorbacks team away in the fourth quarter, intercepting a desperation final pass. In hindsight, it was a sign that this team was running on empty, as we all saw the following week in an SEC title game loss to Georgia.

2006, 31-26 LSU: The Darren McFadden/Felix Jones machine pushes Jamarcus Russell and Co. to the limit, with four fourth-quarter touchdowns between the two teams.

2008, 31-30 Arkansas: Casey Dick's 24-yard touchdown pass with 21 seconds left was the depressing icing on the terrible, terrible cake that was Maleveto.

2009, 33-30 LSU: Ryan Mallett rallies back in the fourth quarter, but the Tigers find a way to shrug off the Ole Miss debacle with an overtime win.

If history wasn't enough, we're looking at a fairly even matchup anyway, with the SEC's No. 2 scoring offense going against the second-ranked scoring defense, and the league's best passing attack against its best secondary.

It's pretty easy to look at Ryan Mallett and see Jamarcus Russell, because they're obviously very similar talents. Huge quarterbacks, with arms to match, that can just make throws that other people can't make. And I don't just mean in terms of distance. People always associate arm strength with launching some 80-yard bomb. That's part of the package - but the biggest plus is the combination of power and control you get with a big arm. That ability to softly drop a pass between the linebacker and safety, but still have enough speed on the throw get it there before the zone defenders in zone coverage. The power to drill a dart between two linebackers that still hits its target in stride. It's the ability to, for lack of a better word, make the perfect throw.

What that means (/puts on Ron Jaworski glasses) is the ability to "throw a receiver open." 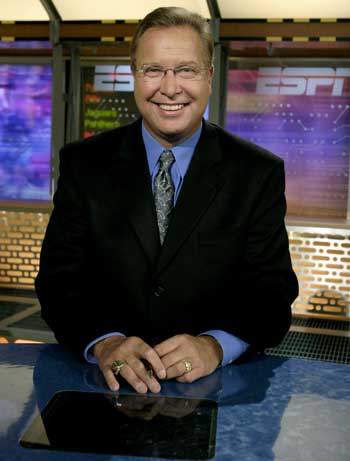 When you see that over-the-outside-shoulder throw on a post pattern that just clears a DB's hands, that a short, back-shoulder fade route that allows the receiver to keep his body between the ball and the defender or that low-and-away bullet on a slant route in traffic, you're seeing the quarterback throw his guy open. Really, there are only a few guys in the National Football League (sorry, these glasses make me channel my inner ESPN analyst) that can do this consistently, and an even smaller number of college quarterbacks can do it at all. And Mallett's one of them. It means that even if the LSU secondary is totally on their game, he can still burn them.

A great passing quarterback also shrinks the field in the same way a game-breaking running back or receiver can. We all know that play-calling is partially dictated by down and distance - but field position is also a factor. For example, if your offense is on the right hash-mark, chances are you won't call many deep routes along the left sideline, like comebacks or outs. Those throws require a lot of zip even to the near sideline, so on the opposite side of the field, that ball really has to be moving. Defenses know this, and it helps them eliminate guesswork. A quarterback like Mallett (or Russell at LSU), gives you the freedom to break through that limitation. And the principle also applies in movement situations like scrambles or roll-outs, because the QB can still power the ball across his body. So basically, on any given pass, the entire field has to be covered, because a receiver can be open virtually anywhere. Just like a great big-play runner like a Percy Harvin or a Darren McFadden can break off an 80-yarder on any given down, a quarterback like Mallett can launch a rocket to any target you let get behind you. That gives LSU very little margin for error.

Defending it will require more than just great coverage from Patrick Peterson and the Oreo Explosion. LSU's front seven has to defend the run well enough (more on this later) to keep Arkansas in passing situations, and apply enough pressure to keep Mallett uncomfortable. He may be a statue in the pocket, but the thing about statues is they don't always go down easy. The defensive line will have to bring pressure with four when needed, and blitzes will have to be well-timed and well-executed. Jeremiah Masoli did a great job of hitting his hot reads right behind a blitzing Ron Brooks or Tyrann Mathieu last week, and you can bet Mallett won't miss those when he has the chance. And Joe Adams, Jairus Wright and D.J. Williams are much scarier receivers than Markeith Summers or Jam-es Logan.

Keep an eye on Barkevious Mingo, who has probably whiffed on four or five potential sacks against the faster quarterbacks he's faced. He'll have to be under control, because while Mallett might not take off for many runs, he's more than capable of shuffling his feet to sidestep a defender.

I don't imagine another appearance of Jefferswag will mean an end to the 2-QB rotation for LSU, at least not entering the game. Whether one guy catches fire and gets to keep playing will probably depend on how the game goes.

Arkansas field a pretty good pass defense (ranked fifth in the SEC and 18th nationally), with a solidly experienced secondary that has taken advantage of a speedy front-seven that has 31 sacks on the year. Of course, the Tigers gameplan shouldn't change. Run the football and manage the passing game in the right situations (avoid third and long). The Razorback run defense hasn't been nearly as effective this season, and has struggled with the same spread rushing attacks as LSU (an average of 259 yards given up versus Auburn, Ole Miss and Mississippi State). So the same midline veer/zone read plays that were so effective last week with Jordan Jefferson, Stevan Ridley and Michael Ford, should be available again.

The Razorbacks do have a pretty athletic linebacker corps, staring the very underrated Jerry Franklin and Jefferson's former Destrehan teammate Jerico Nelson (who, coincidentally, was passed on by LSU because the Tigers wanted him on defense instead of his high school position of running back), who have a combined 156 tackles and 21.5 tackles for loss. On the upside for the Tigers, Arkansas will be without outside linebacker Anthony Leon (57 tackles, 10.5 TFLs), who will serve a first-half suspension after getting ejected for throwing a punch versus Mississippi State.

Arkansas' defensive line is a lot like LSU's - undersized, young (just a single senior in the entire 2-deep) and very active. And just like LSU's some zone-blocking lines have been perfectly willing to let them come right up the field and wall them off so the ball carrier can go in the other direction.

That's obviously an advantage for the Tigers, who have had a lot of success of late with those spread/zone running plays, but don't think Arkansas can't take advantage of the principle as well with Knile Davis.

Davis has gone from third-string to one of the best in the SEC, averaging 147 yards and two touchdowns in his last five games. He's the classic one-cut back, 220 pounds with the speed to get outside. And his best runs have come on zone plays out of the pistol formation or on sprint-draws. These runs allow him to read the defense and pick his hole, or cut against the grain if needed. The Tigers will have to hold their gaps and keep those runs strung out towards the sideline. Ryan Baker in particular has been guilty of getting caught up in the wash and losing his gap. And he's one guy who has the speed to prevent Davis from getting north-south on those outside zone plays.

Arkansas has allowed the most tackles-for-loss in the SEC, so Drake Nevis and friends should be able to make some plays. But their aggression will have to be controlled.

Eric Reid, Karnell Hatcher, Jai Eugene and Craig Loston will be in the crosshairs this week, along with Ryan Baker and Steffoin Francois. They've been targeted in coverage all season long by tight ends and slot receivers, and now they draw one of the best receiving tight ends in SEC history in D.J. Williams.

All of the safeties took their turns last week, especially in blitz situations, when they were asked to man-up on some of Ole Miss' inside receivers. Hatcher and Reid really struggled at times, getting caught inside on run support and biting on play-action fakes.

And if Williams wasn't enough for Francois and Baker to worry about, Bobby Petrino loves to use his running backs in the passing game on screens, and attack down the field on wheel routes. They need to stay on their keys and avoid biting on double-moves and play fakes. Realistically, given the way things have gone this year, they'll get exploited a few times. The Tiger pass rush will have to try and help them out.