Thoughts from the South Endzone: "It's like being inside a drum" 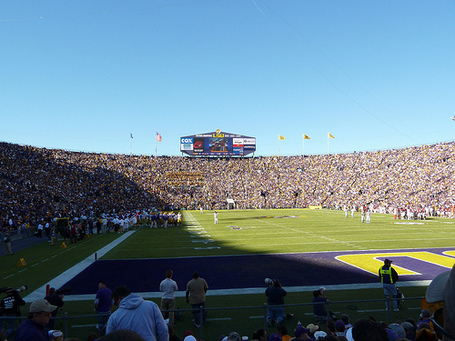 As always, these photos were all taken by me. Feel free to use as you wish, you can find more here.

A game for the ages. Whatever price you may have paid to get into this one was totally worth it. We had everything going against us. Media (and fans) that universally thought we had no shot. Day Game. CBS. And none of it mattered. 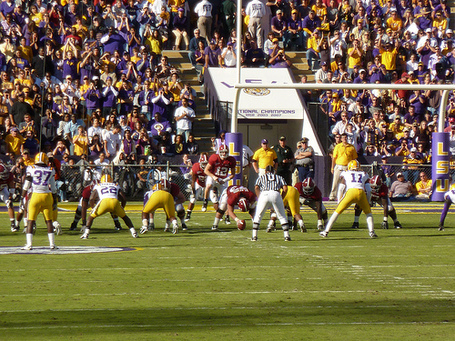 The crowd was the kind that you have dreams in June about. Loud and unrelenting, with genuine hate for our opponent (and the refs....and some of the playcalling) and such joy at our successes. When Randle ran back that big pass on that unbelievably quick drive, the crowd exploded. It was the greatest single moment in Death Valley in years, better even than the missed FG in the Arkansas OT game last season. Overall, you have to go back to the epic '07 Florida game to find a better experience. This was the Death Valley that so much has been written about, "The Drum" that Bear Bryant talked about. I don't know what 392,500 people would sound like, but I have to agree with Miles in saying that we had to have come close. 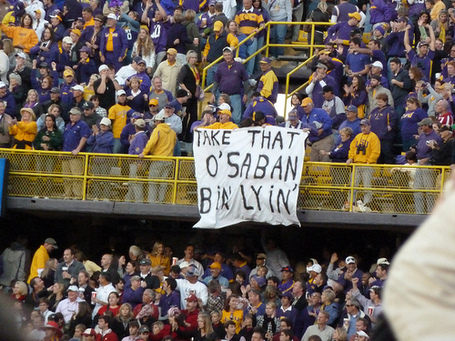 There is no photo here of stands with empty seats in the middle of the 3rd quarter, because such a picture does not exist from Saturday. Some folks filed in a little late (I'll chalk that one up to a day game paired with Baton Rouge's epic traffic problems) but it was an over-capacity crowd that stayed for the duration and then some. 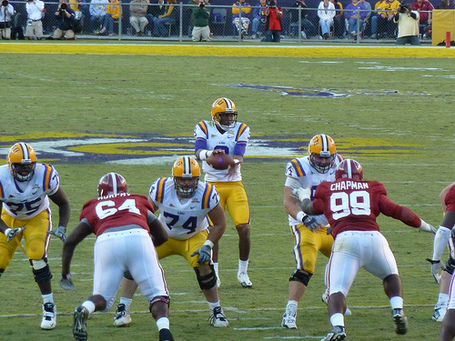 Now, lets not kid ourselves. Jefferson still got booed. There were plenty of unkind words for Miles and Crowton and anyone else in an LSU uniform at the end of the first half. Late in the game when Jefferson got shaken up and had to come out for a few plays, there were LSU fans cheering for the wrong reasons. And it's unfortunately going to keep happening. I'd hope that this win would make some of that stop next week, but we all know there is no pleasing some people. Thankfully, both our coach and this team don't seem to give a crap about what the critics and dissenters and the boo birds think about them anymore, and for that we should all be happy. 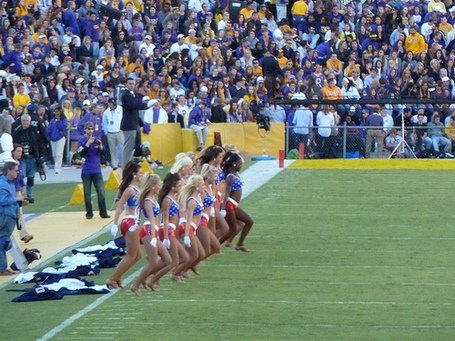 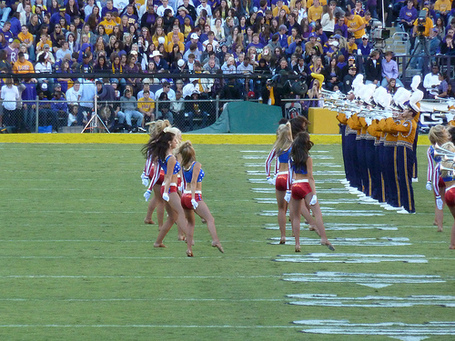 All I Do Is Win, even if it is being played by every other school right now, is quickly moving up in my favorites list. Nearly a candidate for permanent addition to the playlist.  Neck also got played, and there's no doubt the "alternate lyrics" were being used. I don't know what can or should be done about it, and frankly I'm done caring about it. Trying to control a bunch of drunk 20-somethings is an exercise in futility, and I would be lying to you if I didn't say I'm glad the students keep cussing. 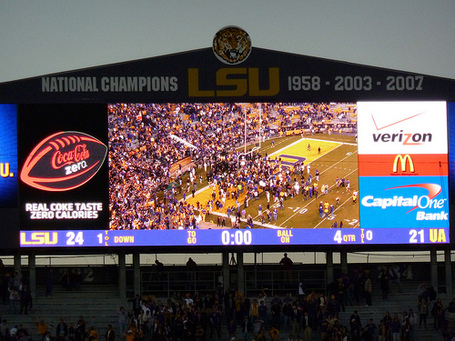 Next week? Epic letdown game in which we beat ULM by only a field goal, because that's how things work in this 8-1 reality. It'll be frustrating, and ugly, and we'll all start questioning the motives of Miles and these players. However, I can confidently say they wouldn't have it any other way.

Best photo of the night: This sweet limo parked on Tower Drive next to the Union, and it's gold suit wearing chauffeur who may or may not have been enjoying some of the victory celebrations at a nearby tailgate. 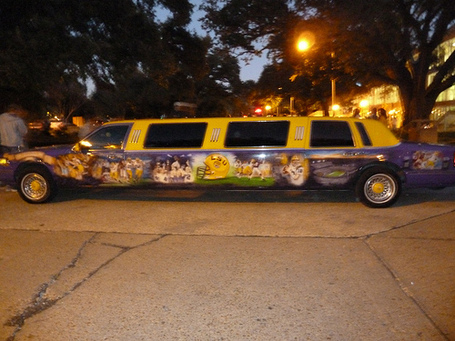