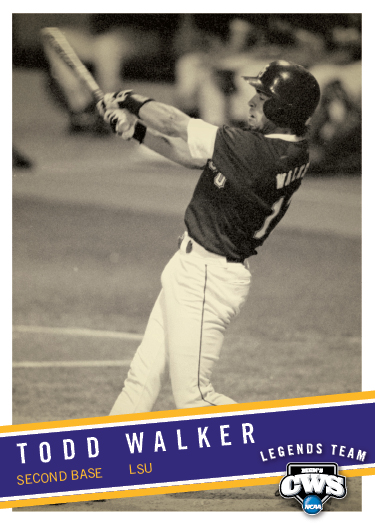 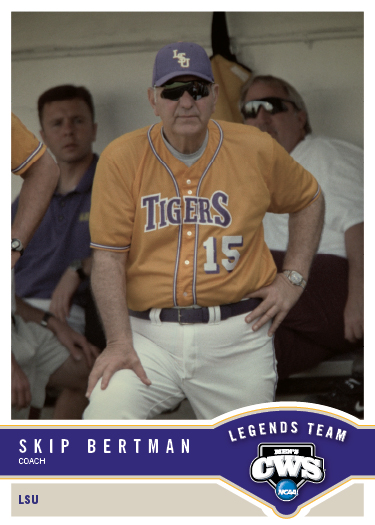 GO VOTE FOR BLAKE DEAN. DO IT NOW!

As part of the unveiling of the CWS Legends team, the NCAA has put together a full set of digital baseball cards. They are well done, but I wish they were actual cards.

Rosetta at the Advoc has clued into the approaching problem of how to fit Watkins back in the lineup with Edward doing so well. He's also got a bit of a rant on why blaming former Tiger's problems in the NFL on CLM is just plain stupid.

Spring Finals week means The Daily Reveille has closed down for the summer. They leave us with a 5-part series on the state of attendance at Baseball, Football, Basketball, how the Student Priority Point system affects attendance for non-traditional sports, and the growing gap between paid and actual attendance numbers. For the story they also put together a nice database of attendance figures for all sports going back a few years. Their are also some final stories about CTJ's struggles with recruiting against our abysmal APR and how CLM has raised graduation rates. Overall, it's been a good year for the Rev sports desk.

In The Bleachers has a good bit this morning on why AD's in the SEC wouldn't vote for expansion (hint: it's the money)

Al Woods has been doing alot of blogging for our Saints Neighbors over at Canal Street Chronicles covering his Draft day experience. Hopefully, he will continue to blog as long as the Saints let him. In case you've ever wondered, this is what it looks like to be drafted into the NFL by your favorite team.

Speaking of the Saints, the Times-Pic has some interviews with Harry Coleman and Al Woods about their experiences with the team so far.

Softball coach Yvette Girouard and T&F coach Dennis Shaver both held media sessions yesterday to talk about their respective SEC Championships, which both begin on Thursday.

LSU Womens Golf came up just short of making the NCAA championship round, but JR Megan McChrystal was good enough to be invited to compete for the individual championship for the 3rd straight year.