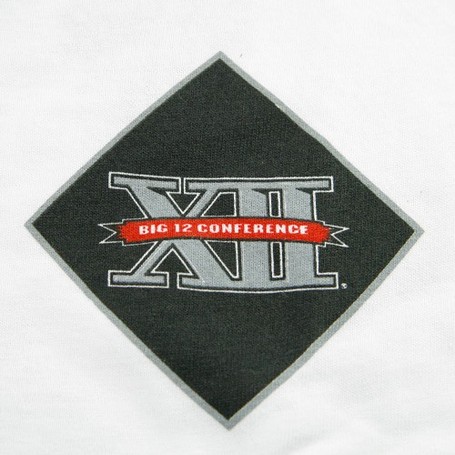 Get all your Big XII gear now! No rush, but really you may want to buy it before Friday, just saying...

With a speed that no one thought possible, it seems the Big XII may cease to exist in any meaningful way by the end of the weekend. Nebraska, tired of playing 2nd fiddle in the conference it created, is heading for the Big Twelen, and Colorado, not waiting around for the Texas legislature to decide their fate for them, is bolting early for the Pac-#. Add to all this fresh rumors that Mike Slive shares Poseurs sentiments and has been working on T A&M in the background for months. The plain fact is that by Monday, the college sports landscape could be drastically changed. But I don't think the SEC is insane enough to pick up La Tech and Baylor.

On to more pressing matters of local interest. USC has reportedly, maybe received the NCAA's report on the Reggie Bush and basketball violations. It's rumored to carry harsher penalties than bama '02, but no where near the legendary SMU levels. More important for us, the penalties are rumored to contain vacated wins but it doesn't look like any of them will be from the '03 season. We should take the '03 AP trophy anyway, just in case.

More MLB draft news, as the Brewers picked Johnny Dishon and Pitcher Chad Jones in the late rounds yesterday. I'm not sure if Dishon will go, but I think it's a safe bet that Jones won't be playing in Milwaukee.

Soph LB Kyle Prater is transferring to Rice, citing defensive coaching staff changes that didn't sit well with him. (HT Saturday Night Slant) Patrick Peterson was named on the Playboy All-American team. Doug Aucoin was named 2010 Bob Matey National Video Coordinator of the Year. Doug and his team are responsible not only for the game film used on a daily basis, but also some of the great hype videos coming out of LSU these days, like this one:

LSUSports.net has collected some of the highlights from CTJ first few days in Africa. You should be following him on twitter.

The NCAA's APR rating for all sports are out and LSU has incurred no penalties from any sport. Men's Basketball and Men's CC both fell under the required 925 rating but will not be penalized because "no student-athletes on those teams left LSU prior to the expiration of their eligibility with insufficient academic standing."