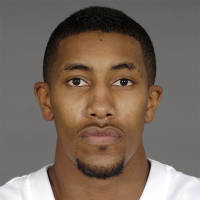 Dennis Harris is a long, skinny big man who is similar in frame and style to Chris Johnson.  He's super-skinny like Johnson was before him, and considering he's been here two years (he redshirted in '08) and he's still thin as a rail, it's pretty safe to say that Dennis Harris is one of those guys with an overactive metabolism who is simply immune to weight gain.  I've heard Trent Johnson wanted to put Dennis on a diet of milkshakes, but he was afraid he would fall through the straw.

Dennis had a hard time being a menace last year.  At the beginning of the season, Dennis looked like he was going to be a solid player when he opened with 9, 10 and 9 points, but later on, teams began to abuse his lack of physicality.  Therein lies the rub- Dennis doesn't play physically enough, but since he lacks body mass, he's vulnerable to injury, so he can't play too physically.

Enter Malcolm White.  White should be a godsend for Dennis, taking over most of the 5 minutes, enabling Harris to play less 5 and more 4 (his more natural spot.)  Though Harris won't get more than 10-15 minutes per game, he does have some fine offensive skills.  He's got some nice moves in the post, and he's got fine touch around the rim, which Garrett Green lacks.  Harris reached double digit points five times, and four times during conference play.

The best news is that Harris has three more seasons ahead of him, and his game is only going to get better.  If Harris can continue to play a Chris Johnson-type of role, he'll continue to be valuable for the Tigers.

Next up: Zach Kinsley.