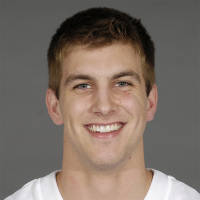 Right now, Zach Kinsley is not on the team.  Earlier I reported that Zach had earned a scholarship.  I was misinformed.  Zach will have to re-earn his position on the team during walk-on tryouts this fall.  But Zach should easily earn a spot, so I'm doing a profile on him because I expect him to be on the team this fall.

I was one of Zach's supporters early on, saying relentlessly that Zach should shoot more than Aaron Dotson.  When Zach's shot gets hot, he can make it rain threes.  At .395 (17-43), Zach's percentage from 3 is the best on the team (except for fellow walk-on Chris Beattie's .412 (7-17).)  I still think Zach should have taken more shots from deep.

It's strange to see that his deep accuracy (.395) is better than his field-goal average (.353).  That's not a problem though.  With Kinsley, we have a fine shooter off the bench.  Though Kinsley's not perfect in other areas, he doesn't lack the athleticism or the skills to get a nice amount of minutes to spell our young shooters.  5-10 minutes ought to be excellent.

My favorite moment from last year was watching Zach Kinsley make a ridiculous dunk against Arkansas that really put an exclamation point on the victory, our first in SEC play last year.  I think Zach will continue to be more than a walk-on next year.

Post your comments below.  You know you want to.