Addressing the Myths Regarding Attrition

Share All sharing options for: Addressing the Myths Regarding Attrition

Some months ago I wrote a piece regarding the similarity in attrition numbers between the UF and LSU. If you are either a) too lazy to read that entire post or b) find it to be too long for your patience, here is a basic summary:

1) Some level of attrition is a good, not bad thing for your program.

2) The extent that it affects your program is more related to certain positions rather than sheer numbers.

3) Ostensibly, Florida outperformed LSU the last two seasons due to their attrition occurring at non-key positions. (Obviously there's a host of other factors in play here, but this has a lot to do with it).

Now, some of these points, particularly number one, will be difficult for many to swallow. As I've engaged the topic with more and more people on message boards and in person, and read others takes on the matter, the consensus opinion seems to be that attrition is a bad thing for your program. In fact, when rival programs have players dismissed or see players leave for whatever reason, they are typically mocked by their rivals (I wouldn't expect any less). However, there are several good reasons why a healthy amount (key word being healthy) of attrition is not only good, but essential for maintaining a highly competitive program, particularly in the most competitive conference in the nation.

So, let's jump right into the issue at hand. I think the best way to tackle all the elements of this argument is to look point-by-point at each of the fallacies. Here are the "myths" regarding attrition.

1) High levels of attrition indicate your coach is lax on discipline.

Simply put, this is plainly false. The fact of the matter is, every competitive program in the country will take certain risks on kids with "character" issues. Sometimes these will bite your program in the ass (i.e. Ryan Perrilloux) and sometimes they will pay off (Percy Harvin). Trying to discern which of these risks will payoff and which will not is a bit like pulling names from a hat. I challenge you to find a single successful program in the last 25 years that didn't have some form of disciplinary problems.

It's a sad, but true fact that many of the best recruits in football come from urban areas and lack proper education and discipline. Sometimes, it's merely a maturity issue. Sometimes, a player truly is irredeemable. But the truth is, every big-time program will take risks on players with extraordinary levels of talent. The trick is a mixture of getting lucky and, in my opinion, not taking a troublemaker at a leadership-important position (i.e. QB).

Sure, if your coach lets the inmates run the kingdom, your program is bound to fail. But avoiding every player with "character question marks" will doom your program just as quickly.

2) High levels of attrition mean your team won't have unity.

If you read my above piece, you can easily discern that high attrition levels don't negatively affect success. 20 players have left Florida since Meyer's arrival, many of the four and five star variety. Yet, Florida is still arguably the most successful program in the SEC during that tenure. Similarly, LSU lost 18 players and claimed their own National Championship. Meanwhile, a program such as Georgia lost only 10 players and still has yet to claim a National Title (though some would argue that's simply a product of bad luck in the BCS).

The larger point here is that losing players, even at a relatively high rate, does not prohibit success. The key is what position you lose the players. Certain positions are truly more important than others. Here's a really nice breakdown of that.

This is pretty easy to debunk. Just look at the way Alabama, Florida and LSU have recruited over the past few years and it doesn't seem to be affecting recruits or parents of recruits opinions on the coaches or programs.

Recruiting, much like any other form of evaluation is a guessing game. Sometimes players with stellar measurements and weight room numbers bust while players who don't measure up end up becoming superstars. Sometimes it's a question of work ethic. Sometimes it's injuries. Sometimes it's environment. Really, there's an endless amount of variables. Coaches are often given too much credit for "finding talents." The best players tend to rise to the top regardless of coaching, system, surrounding talent, etc.

All of that is a long way of saying, the recruiting game is a lot of luck. Sometimes a single recruit can completely change the outlook of your program/season. The best coaches tend to exhibit the ability to consistently reel in top talent. But alas, every coach at every level (even the best in the business) miss on prospects. It's just the facts of life. So what do you do when you miss on players? You replace them (i.e. attrition). More on this later. 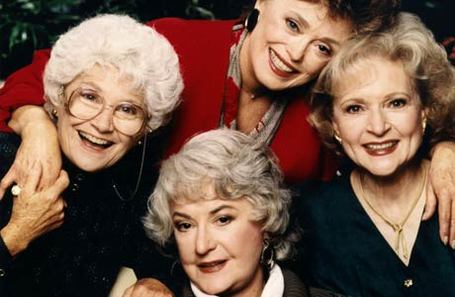 Okay, that was a harsh trick, you were probably expecting this: 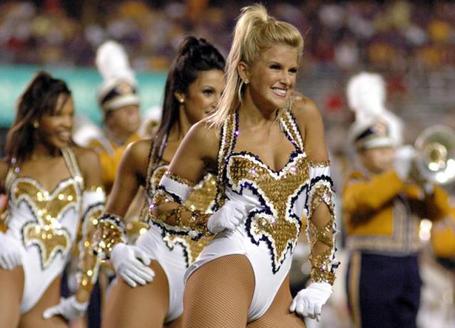 Okay, back to business. Let's address the reality of attrition.

As I can tell from one response to my previous post, discussing the issue of attrition is difficult for some. To them, the futures of "amateur athletes" or "kids" or "students" shouldn't be up to debate. After all, these "kids" are not professionals, they are just trying to get their education and playing football is a good vehicle for them to do so. I understand the sentiment, but the reality is, we walk a fine line in that regard.

First of all, these athletes aren't doing this for free. In exchange for their services they are getting an expensive education paid for as well as handfuls of other goodies (I don't mean that in the under the table illegal way). I know it won't be a popular opinion, but I'm even okay with the concept of offering them additional pay. But that's another issue entirely.

Some take this even a step further and insinuate that these "amateurs" should never be criticized or discussed in a negative manner because "they are just kids" and we could "damage them." I find that to be ludicrous. If you are an athlete hoping to advance to the professional level (as I would say 99% of all D1 athletes are), and you are incapable of enduring criticism, then you will never make it. That is just the reality of the situation. Now, I don't mean the excessive and unnecessary taunting and mockery which often occurs. But reasonable discussion of a player's strengths and weaknesses should not only happen but be encouraged. As with anything else in life, success in athletics requires a certain amount of tenacity and the ability to overcome adversity.

Now, carry this logic over to the actual team. I think everyone would agree that high levels of competition only improve your team. What attrition does, on a very basic level, is encourage proper competition. Since the recruiting process is often a crap shoot with coaches missing out on as many or more players as they hit on, it's necessary that these players be cycled out of the program.

Now, I know that a lot of traditionalists will continue to perceive this practice as "unethical." After all, we offered this player a scholarship, we should hold up our end of the bargain. Well, the reality is if the player can't hack it in your program, it may be in their best interest to find a new home and a good coach will often help facilitate that transition. This is how you maintain success in your program despite attrition. This is how you maintain integrity.

The reality is, encouraging some level of attrition helps to promote competition within your program, thus more success. For many this is now, and will continue to be, a difficult concept to grasp. Some will continue to perceive the process as unethical. But you must understand that for LSU football to remain a successful national program, this attrition is not only necessary, but beneficial. The trick is to have attrition at the right positions.

*I promise the next piece will be a look at the 2011 signing class and not a diatribe of some sort.