My name is Jrlz, and I'm not dead.  I've just been waiting for the right time to put up my basketball thoughts, and since the right time is not coming until November, I figured "to hell with it", I'll post them right here in June, three months too late, five months too early.

I'm going to start listing the players on our team for next year, including the new freshmen, in alphabetical order by surname while listing their qualities, a quick history, and what to expect from them next year in terms of minutes. 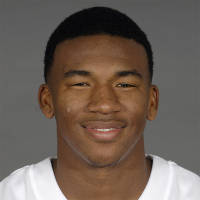 In 2009, during LSU's SEC championship run, Chris Bass worked as Bo Spencer's backup, serving up quality minutes with a smile.  Chris "Kick his ass, C-Bass" Bass is perhaps better known for being the younger, shorter brother of former LSU forward Brandon Bass, and for being a somewhat nifty role-player for LSU.

Last season, LSU tried a lineup which made Bass the primary ball-handler and Bo Spencer the primary shooter at the 1 and 2, and as it turned out, Chris Bass, like just about every other LSU player not named Mitchell, Spencer or Warren, was unable to hold down a featured role.

The problem with Chris Bass is that while he's an excellent ball-handler, he's virtually a non-factor as a shooter.  In fact, last season, Bass had more total assists (a team-high 97) and rebounds (73) than points (70).  As a shooter, Bass posted unfortunate numbers from the field (28-84, .333), behind the arc (6-33, .182) and at the line (8-19, .421).  These kind of numbers suggest that Bass, whose freshman stats are similarly meager, has not been an offensive player for LSU, and although a transformation into a great shooter is not impossible, he'll probably never be an offensive threat for the Tigers.

But Bass is still a scrappy player who is good at ballhandling, can dish it out, doesn't turn it over too much, and makes an effort towards playing defense and grabbing rebounds.  While Bass might not be the most talented player in the world, he's a team player, and he doesn't try to do too much.  Chris knows his limits, and he'll pass much more often then he'll shoot.  In fact, Chris had more assists (97) then he had shots attempted (84).  In other words, he's a truly unselfish player.

Chris' cheerful demeanor (I've never seen him sulk) probably makes him a beneficial presence in the locker room as well.  Chris is the kind of player who thrives on the bench, and he'll probably be a good elder for freshman PGs Andre Stringer and K. C. Ross-Miller though it's nearly doubtless one if not both of them will surpass him.  It's hard to believe that he's now an upperclassman, but this young team needs leadership, and Bass seems good enough to provide some leadership.  Spencer, who I doubt returns, ain't exactly the leader type.

Expect Bass to play fifteen-to-twenty minutes per game at the beginning of this upcoming season while Andre Stringer and K. C. Ross-Miller get their feet wet.  Even after the two of them are situated, Bass' quality ballhandling and ability to do the little things Trent wants his players to do will continue to get him ten minutes per game.  But unless Bass turns into a player that can put points on the board, he won't be getting too much more than that.

It's been too long since I've talked about basketball.  Post your comments (you know you want to.)

Next up: Jalen Courtney.