Share All sharing options for: A Look at LSU's 2011 Offensive Recruits (so far)

It's June, almost July, and the camp circuit is in full effect. Over the course of the summer prospects nationwide will begin to make their mark upon the recruiting rankings and make impressions upon coaches based on their performances at some of the elite camps held across the country. LSU got a head start on this recruiting class last September when both La'El Collins and Jeremy Hill pulled the trigger and committed to the Tigers. Since then, Les Miles and company continue to get after it on the recruiting trail, securing nine more verbals.

So what's on the docket for LSU? Who are the stand out players from this class, thus far? Let's start out by taking a look at the offensive side of the ball first. 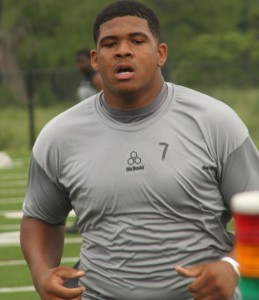 At LSU they are going to begin spelling prototype L-A-'E-L. When you talk the 2011 Signing Class to be, you gotta talk about La'El Collins. Considered one of the top OT prospects by all three major recruiting services (Rivals, Scout, ESPN) Collins has the type of size NFL talent evaluators covet when searching for a LT. One prominent Rivals evaluator commented last season that he considered Collins to be one of the best players in the nation as a junior (even compared to seniors) and further compared his physique right now to Osi Umenyiora. While I think that's a bit hyperbolic, it does provide some insight into the athleticism/potential Collins possesses.

Here's the unique/exciting thing about Collins. Unlike most 6'5, 285 bears that solely rely on pure physical ability and brute natural strength to dominate the opposition, Collins not only displays good technique but a relentless tenacity on the field. He's a big guy with a great work ethic, which is a rare commodity for most with his athletic gifting. Now, don't take that to mean that Collins will walk into LSU and win the LT job his first day on campus. Linemen always take longer than others, but I fully expect him to be a four-year starter and All-American candidate when his career is finished. Here is some video for your viewing pleasure: 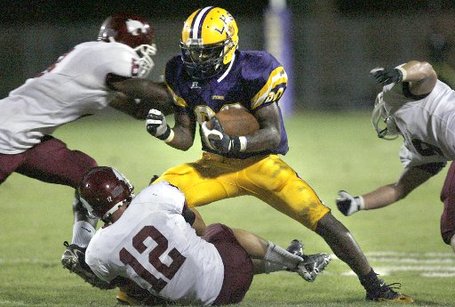 Similar to Collins, Landry is extremely well regarded across the national recruiting scene. However, Landry differs from Collins in that he doesn't possess elite measurables, elite timed speed or unique athleticism. For that reason, some national sites severely under rank Mr. Landry. Putting as much bias aside as I can, when I turn on Landry's tape as opposed to any other high-profile WR in the nation, I'll take Landry every time.

Look, Landry is likely never going to be a 4.3 guy who is 6'5 and overwhelming corners. But here's what you are gonna get with him: A guy that is going to bring his lunch pail with him every day. He's going to block his ass for four quarters. I had a chance to interview him a few months back, and I asked him what his most memorable play was from last season. He said blocking all the way down the field for his running back to score. That's just his mentality. He's a team guy. But check out the tape. The guy catches everything. His route running ability is second to none at the high school level. He's tough, physical and tenacious. Landry is a competitor. He takes losing personally. He fights for four quarters. I'm not sure how many other ways I can say it, but there's honestly not a single WR in the country I'd want on my team ahead of Landry (and I've watched a lot of WRs tape). 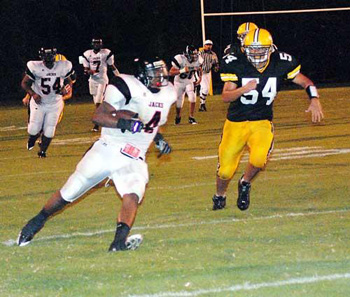 You surely recognize the last name. You are aware of the legacy. Yes, he is the nephew to that Hilliard. But unlike his uncle, Kenny isn't a "small guy." In fact, he's more like Juggernaut wrapped in barbed wire. Hilliard's name began circulating on the national scene two years ago. Sports Illustrated selected him for their "Where Will They Be" feature, which highlights some of the best amateur athletes across the country. Kenny was the only football player listed, by the way.

Kenny doesn't possess great top end speed or overwhelming agility. But he has plenty enough to be successful (think slightly better than Charles Scott) with power in droves. He rarely goes down on first contact and often requires three to four HS players to get him to the ground. When you turn on the tape, you'll also notice how much patience he runs with and his superb vision in locating holes and hitting them like a Mack truck. Much like Landry, Kenny will never go to a combine and blow spectators away with a 4.3 40, but when the lights come on he's simply a gamer. 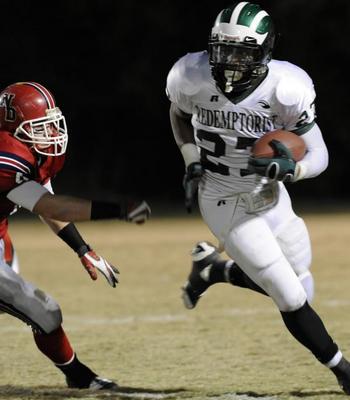 Just like the aforementioned Hilliard, Hill is about as physically put together as you could imagine a soon to be high school senior to be. The kid is every bit of 6'1, 220 pounds and doesn't shy away from using that body. The very first clip you'll see from the highlight tape I link below is Hill leveling a defensive player on a block. That embodies his attitude. Hill is a tough competitor who lays it all out there for his team. He's shown a consummate team attitude by playing where ever his high school coach asked.

You can only salivate at the thought of a 1-2 punch of Hilliard and Hill. The ultimate physical running attack. Both players are relentless. The thing you'll notice about Hill is that he possesses very good quickness for his size as well as the ability to catch the ball out of the backfield. He hits the hole hard and decisively. These are the types of traits you like to see from a good running back. At Redemptorist they line him up all over the field and work to get him the ball as much as possible. And in every instance Hill answers the call. Hilliard will receive much of the hype between the two, but make no mistake, Hill is an elite player. 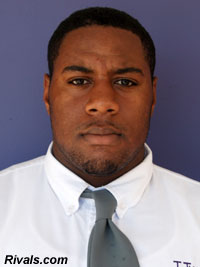 Turner passes every eyeball test conceivably known to man. No seriously, would you pick a fight with a 6'4, 330 pound rhinoceros in human form? I didn't think so.

When the 2011 recruiting season began, Turner wasn't a household name. And then, apparently the light went on (for the coaches, not Trai). Check out the tape below and what you'll see is a 6'4, 330 pounder that not only holds it well, but flashes some really impressive athleticism. He operates mostly out of a 2-point stance in HS and shows the ability to get out and pull and trap. His future is likely at offensive guard, but I wouldn't rule out the potential to be a road-grating right tackle. Obviously much of Turner's competition cannot physically compete with him, but I guarantee you'll chuckle at the 26-second mark on the video below.

Turner has the size coaches covet, and he shows a real mean streak on tape. What I love about him is that he finishes blocks. To Turner, the play isn't over until your ass is in the dirt. That's what I love to see from an offensive lineman. 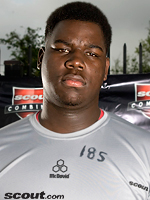 I wish there was more I could say about White. The tape I've watched on him is very limited. What I do know that you can like about him is that he's 6'5, 280 pounds. White possesses the type of size to grow into either a right tackle or interior offensive lineman. LSU coaches came away impressed with White and offered him early. White jumped on the offer. As best I can tell, White is an extremely raw product that displays great natural ability. He'll likely need a lot of time to develop. However, with his size potential, I could see him growing into a two-year starter and excellent contributor on the line. 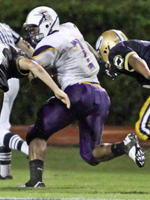 Magee is one of those interesting prospects that comes around every year. Unfortunately for him, he's only 5'9. Unless he hits a major growth spurt over the next few months, he'll likely never be highly regarded by national recruiting services. Magee isn't the biggest, and he won't run the fastest. But he's a consummate player. Magee plays QB for his high school squad (as you will commonly see the best player on the team do). But his future at LSU is likely at RB. What you have to admire about Magee is his absolute toughness. He's not going to blow you away with nifty moves or jetting past defenders. But he's quick, smart, tough and instinctive. You have to admire a kid playing out of position for the sake of his high school team. Magee is just a football player that runs his ass off and works relentlessly for his squad. You get the impression he will will himself to success. LSU has experienced a lot of success with athletes similar to him in recent history. 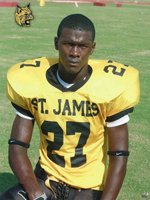 This is one guy I don't have a tremendous feel for. What you like about Lewis is that he's 6'3 and 192 pounds. What you don't like is that he plays in a run-oriented offense against less than stellar competition. Lewis ran a less than stellar 4.92 40 at a Rivals verified event, but I sincerely doubt he's really that slow. However, the LSU coaches apparently really liked him, as he earned an early offer. I can't say either good or bad about him, because next to no tape exists of him, and due to they system of his high school squad there's very little to help formulate an opinion of him.