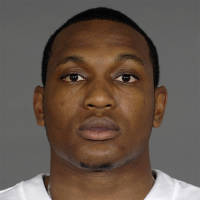 Storm Warren began last season with seven double-doubles in the first nine games, but only reached one double-double after that.  Storm is especially good on the offensive glass, grabbing 101 offensive rebounds.  Storm has strength and speed, and his touch in the paint is as good as anybody's on the team.  Storm Warren led LSU in field goal percentage, with .536.

Warren is also an excellent shot blocker, and he led the team with 44 blocks (second-place Taz had just 16 blocks).

Warren does get into foul trouble.  He fouled out five times, and reached four fouls in seventeen games.  Storm is certainly a physical presence, but fouling like that will only stunt his minutes (26.7 per game last season when we needed him to play 40.)

Our freshmen shooters are all huge additions on a team that was dead last in SEC scoring and scoring margin.  Malcolm White, the new center, is a sorely-needed presence in the paint.  But Storm is the centerpiece of this LSU team, and we need him to show up in every game.  His disappearing acts (4 points, 1 board against Bama, 2 points, 1 board against Miss State) need to go.  Storm has tons of potential, and he can awaken as a big-time SEC player this season.  But we need Hurricane Warren, and not Tropical Depression Warren this season.