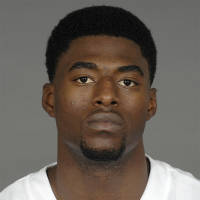 It's important to realize that Malcolm White is not Dwight Howard.  Sure, he is a fine player, and he should easily take the starting job at center and do a swell job, but he is not going to be the savior of LSU basketball.

We don't know what kind of development he made while sitting out last season, but looking at his statistics from Ole Miss, he is a solid SEC starter.  He gained 7.2 points and 5.7 boards a night.  Not stellar, but 7.2 points a game is a big addition to a team where only 3 people had more than 5 per game.

White is also a solid shot blocker, getting 1.4 a game, also welcome on a team where Storm is our only swatting threat.  His main flaw is his ball-handling.  While assist-turnover is largely irrelevant among big men, a ratio of 3 assists and 44 turnovers is pretty bad, even when compared to Dennis Harris (14 ast, 19 TO) and Garrett Green (9 ast. 30 TO).

White's arrival means that Harris and Green will get a chance to flourish from the bench.  Harris will probably get 20-25 minutes per night, and Trent will make sure Harris, Green and Ludwig spell him and keep him rested, because the worst thing you can do is overwork and injure your big man.

So that's the end of the profiles.  Next, I'll make an essay claiming that there's no reason LSU shouldn't be a basketball powerhouse.